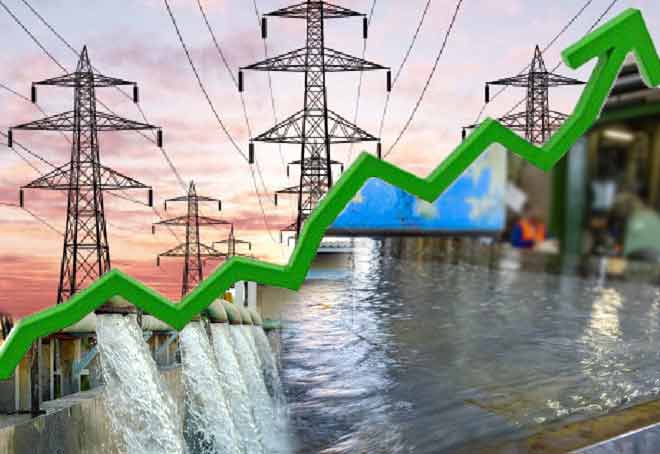 Chandigarh, Sept 26 (KNN) While presenting their feedback on the draft Punjab Industrial and Business Development Policy, the Industry associations have expressed its anguish over the proposed hike in power tariff and groundwater extraction charges.

It has termed the power tariff hike and water extraction charges as “excessive” in the present competitive business environment.

The Punjab government, which has a two-part fixed and variable electricity tariff, proposed to provide power to industry at a variable tariff of Rs 5.50 per unit up from Rs 5 earlier, for five years with an annual increase of 3 per cent.

Reacting to the government’s proposal, the Confederation Of Indian Industry said that the government should keep the power tariff at Rs 5.25 per unit with a maximum of 1.5 per cent annual increase thereafter with the formula proposed in policy, as the increase of 10 per cent in tariff will be “very steep”. The total compounded increase is over 28 per cent.

It also gave suggestions regarding rationalization of fixed power tariff based on industry seasonality identifying the sectors which use air cooling, conditioning, humidification in summers or any other process due to weather changes and lowering of charges to 65 per cent of contracted demand from October 1 to February 28.

PHD Chamber of Commerce and Industry (PHDCCI), Punjab state chapter said “These levies need to be brought down. Also, fixed charges levied on contracted demand should be reduced from 80 per cent to 60 per cent.”

The industries and commerce department, which released the draft policy on September 9 after approval from chief minister Bhagwant Mann, had asked the stakeholders to give their suggestions and comments within 15 days.

Key suggestions made by the Industry include, do away with the domicile clause for employment generation subsidy, give 50 per cent rebate on groundwater charges for new investments to all MSMEs, thrust, large and anchor units, extend special incentive for new units within 30kms of the international border to the whole border district border, Consumption clause in SGST reimbursement is restrictive, not possible to track where goods are consumed etc.  (KNN Bureau)