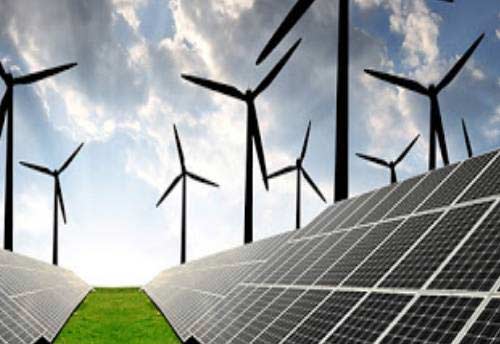 New Delhi, Jun 26 (KNN) Rajasthan is emerging as a leader in the renewable energy sector and the need of the hour is to think constructively to move forward and capitalise on the huge potential of renewable energy in the state, said, Rohit Gupta Managing Director, Rajasthan Urja Vikas Nigam Limited.

He was speaking during a webinar which was organised to discuss the emerging trends and energy transition of Rajasthan by CUTS International and Climate Trends on Friday.

“There is a need to think of constructive ways to go forward and capitalise on the huge potential of renewable energy while addressing some of the crucial concerns of livelihoods, ecology and techno-economic well-being of the power sector,'' he added.

The webinar discussed multiple aspects of transitioning from financing to social and environmental costs of transition, challenges faced by the power sector utilities and the opportunities.

One such prominent topic of the discussion includes the Supreme Court’s ruling of under-grounding the power lines to save the Great Indian Bustard, the panel was unanimous in placing the ecological needs of the planet above the infrastructural development that directly hinders it.

The panel collectively stressed on the need to build local capacities in order to enable the communities to become a stakeholder and not merely recipients of the outcomes of energy transition.

Rajasthan can play a key leadership role in the country's transition to a low-cost, low-emission, profitable electricity system.

"Rajasthan has a bounty of resources and has the capability to lead the energy transition by balancing the interests of consumers, coal economy stakeholders, lives and livelihoods, and the environment. And in doing so, the private sector is taking leaps by committing and announcing a shift from conventional polluting sources of energy,” said

Simran Grover, CEO, Bask Research Foundation, said, “There has to be a changed approach towards addressing the woes of the Discoms, which are at the centre-stage of this transition. The purpose and aims of infrastructure development also need to be accounted for in the energy transition debate. For instance, it would be unfair to blame the agricultural consumers for the excess subsidies they have because basic economic sense requires them to only pay for the marginal cost of power, as the power generation was initially set to serve the needs of industrialisation and energy access.”

Swati Dsouza, Research Lead – Climate Action, National Foundation for India said that the changed mindsets, behaviours and perceptions of stakeholders to be the key bone of contention in the prospects of a ‘just’ energy transition.

''The socio-economic indicators of people engaged in it should become the basis of identifying the elements of energy transition, including its timeline, framework of action and subsequently the nature of financing,'' she said.

Amit Kumar, Senior Director, Social Transformation,TERI, asserted that the social and environmental aspects of transition should not be merely measured through the cost-lenses, but also through the macro-level objectives of energy access and energy poverty. And in doing so, the clean energy transition should be pursued as a national goal with aligned and collective efforts from all the stakeholders.

Sarthak Shukla, analyst CUTS international while concluding said that “there is a need to adopt a systemic approach to ensure transparency and accountability in the way that envisaged transition from coal to renewables”.