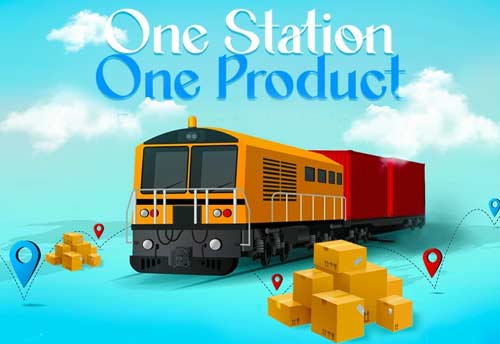 New Delhi, Mar 16 (KNN) Tirupati will be the first station under South Central Railways to come up with the ‘one station one product’ concept, as announced by the Union Government in the recent Union Budget in presented in the Parliament.

The main objective is to make each railway station a promotional hub and showcase a local product, thereby giving a major boost to local industries, providing enhanced livelihood and ensure welfare of local artisans, potters, weavers, handloom weavers and tribals.

Tirupati Railway station is the nearest railway facility for those visiting the Lord Balaji Temple and it witnesses a regular flow of rail passengers from across India. The areas surrounding Tirupati station are famous for Kalamkari art and textiles.

One station-one product as a concept aims to promote a local product from each stop of the Indian Railways by making the railway station of that area a promotional and sales hub for the product.

The concept of ‘One station one product' has based itself on the successful One District One Product (ODOP) scheme. Based on a district's strengths, ODOP has been a transformational step towards realizing the true potential of a district, fueling economic growth, generating employment and rural entrepreneurship. (KNN Bureau)