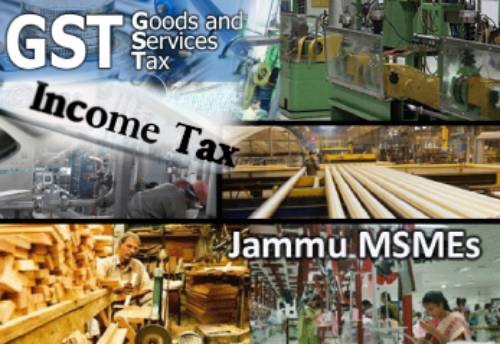 Srinagar, Jan 21 (KNN) Union Finance Minister Nirmala Sitharaman will present the Union Budget 2022 on February 1, at a time when India's economy is suffering and has witnessed one of the worst periods of a slowdown in decades.

Several Micro, Small, and Medium Enterprises (MSMEs) from various sectors are eying at the budget with a ray of hope that the forthcoming budget might strengthen them to deal with the upcoming challenges which they are facing amid an economic slowdown.

Whether the government will be able to sort out all the issues or not, remains a question, but to know what the industries in Jammu and Kashmir think and what their expectations are from the forthcoming budget, KNN India spoke to one of the leading MSME associations of the region Bari Brahmana Industries Association (BBIA).

BBIA President, Lalit Mahajan said the MSMEs in Jammu and Kashmir want “Audit limits to be extended to up to Rs 5 crore which currently stands at Rs 1 crore as the sales have increased in the MSMEs”.

“There is a 15 per cent slab for corporates who are setting up new units. However, this sop is not applicable for the existing MSMEs. A similar slab should be provided for Micro, Small and Medium Enterprises."

Apart from this the MSMEs must be exempted from income tax and GST, he added.

Mahajan also spoke about the pending refund cases of Inverted Tax Credit, delay in the release of sanction orders in respect of a refund of IGST/CGST under the Budgetary Support to Industrial Sector, E-way Bill issue for the dispatch of goods to hilly areas due to road blockage and other unforeseen circumstances in J&K.

He also pressed on the enhancement of exemption limit from the preview of audit for the sales turnover up to Rs 500 lakh for Micro & Small Scale Units on the gross sales turnover, Mismatch of TDS Credits issue related to old cases prior to Online submission of Returns by the Assesses resulting in unnecessary harassment being faced by the industrial units and difficulties being faced for one filing of form No.5 while uploading the Returns, Refund of Excess Tax Deposited.