UP govt suspends all labour laws, except 3, for three years; MSMEs to benefit 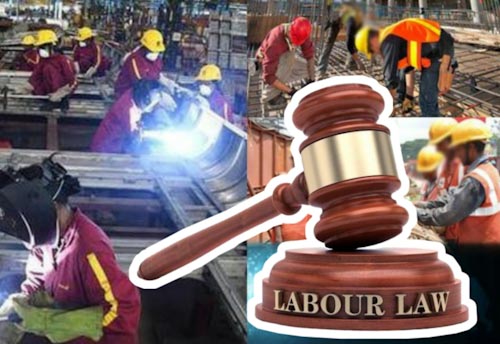 UP govt suspends all labour laws, except 3, for three years; MSMEs to benefit

Lucknow, May 8 (KNN) In a bid to ease out labour related  problems for the Micro Small and Medium Enterprises (MSMEs) in the state, Yogi Adityanath-led Uttar Pradesh (UP) government has suspended almost all Labour Laws for the next three years.

On Thursday, in a meeting chaired by Chief Minister Yogi Adityanath, UP cabinet gave the green signal to the 'Uttar Pradesh Temporary Exemption from Certain Labour Laws Ordinance, 2020' which relaxes all labour laws in the state, except three, which are related to abolishment of bonded labour, ex gratia to workers in case of work-related diseases and disabilities, and timely wage payments.

''The nation-wide lockdown due to the coronavirus pandemic has slowed the pace of industrial and economic activities in the state, which has also impacted the welfare of labourers and that makes this ordinance necessary,'' said UP government in a statement.

"For encouraging new investments, setting up new industrial infrastructure and benefit of existing industries and factories, it is imperative that they are provided temporary exempted from the existing labour laws in the state. Therefore, it is important that existing labour laws in Uttar Pradesh are relaxed for a period of three years. To this end 'Uttar Pradesh Temporary Exemption from Certain Labour Laws Ordinance, 2020' has been introduced," the statement added.

The only labour laws that will apply, include, Building and Other Construction Workers Act, Section 5 of Payment of Wages Act, Workmen Compensation Act and Bonded Labour Act.