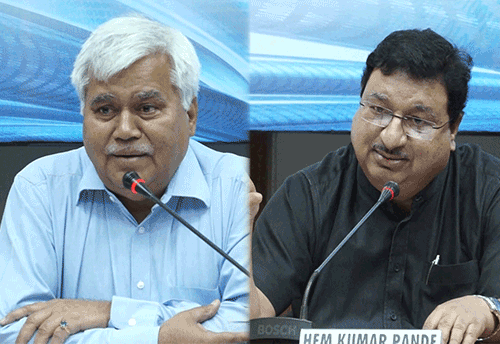 Addressing a conference organized by CUTS International on Friday, the TRAI Chairman R.S Sharma said “We have reached saturation in terms of providing voice connectivity, now we are in the phase of enhancing Data connectivity, ensuring quality Internet services via broadband is a major concern”.

Highlighting the shortcomings, the TRAI chief stressed that the Telecom operators must ensure minimum speed they have committed to the consumers in the advertisements.

He further expressed his unhappiness over the functioning of consumer forums. “I am not criticising the forums, but today the process of the consumer forum has become as complex as the process of a civil court. He further said that in case there is a dispute between the telecom service provider and the consumer, the value of the loss being low, the consumer ends up incurring more cost in the procedure of claiming a loss than the amount of loss itself.

In response to this, Hem Kumar Pande, Former Sec. Department of Consumer Affairs said “I really don’t agree with him in total, in India it’s not a grievance redressal, its dispute resolution mechanism, however unfortunately we are writing long judicial judgments even in simple cases, which makes the mechanism difficult”.

The conference was organized along the lines of evolving a mechanism for the internet consumers to have a choice and fair access to the services at India International Center in New Delhi. (KNN/ DA)