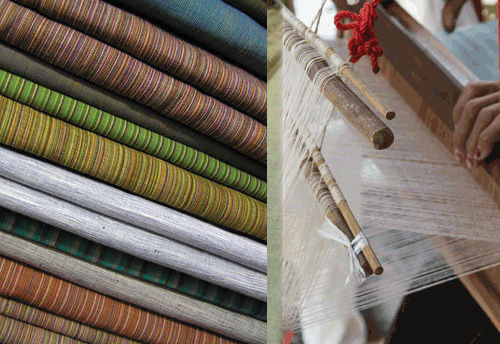 Vishwajit Ray Assistant Post Master Bokaro Head Post office informed that all the tasks have been completed and now sale of Khadi Kurta and Gandhi caps will start soon.

The postal department has joined the hands with Khadi India, a branch of Kasturba Khadi Gram Udyog Board with a view to open khadi outlet at post offices across the Jharkhand.

Such kinds of outlets have already been running in Ranchi and Jamshedpur, he added.

“Khadi products have been added to the list of services being offered by the post offices as part of a convergence plan,” added Roy.

In bokaro Post Shoppe already launched in order to sell Gangajal, Patanjali, LED bulbs, solar lamps including variety of products and Now khadi products will be a new addition , he said.

Recently Passport Seva Kendra and Aadhar enrollment Center was rolled out here in a bid to facilitate the mass.

Department of Post office in collaboration with the Ministry of External Affairs , will set up these post office passports Seva Kendra in head post-offices across the country in order to provide passport related services on a larger scale.

Following the approval of Ministry of External Affairs (MEA) and Department of Posts (DoP), this sub-post office is dedicated for Post Office Passport Seva Kendra (POPSK) to serve the passport-seekers.

“After Jamshedpur and Deoghar the third passport Kendra is running at Bokaro, aiming to serve 25 applicants every day, which could be increased up subsequently”, he added.