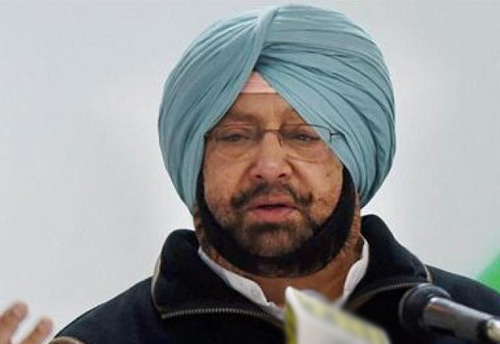 According to an official spokesperson, Captain Singh, in its memorandum sought an economic package from the Centre to deal with the situation created from COVID-19.

"Based on a quick assessment of the situation, the chief minister has sought immediate extension of the financial year from March 31 to April 30, for the worst-hit MSME and tourism and hospitality sectors, along with major interventions in healthcare and pharma sectors," the spokesperson said in a statement here.

Reduction in Excise and VAT on petroleum, diesel and a special category fund of Rs 25,000 crore with no collateral to fund the financial needs of the MSMEs were some of the key general proposals of the state government.

Captain Singh also sought special concession of income tax exemption as well as freight subsidy to essential commodities like wheat, flour, milk and rice to meet the current exigency arising out of the Covid-19 crisis.

Apart from these, the state government has additionally sought lump sum assistance for other stakeholders in tourism and hospitality sector, such as taxi drivers, freelance tour guides, unregistered tour operators, dhaba walas, restaurant, rehriwala, who have also been severely hit.