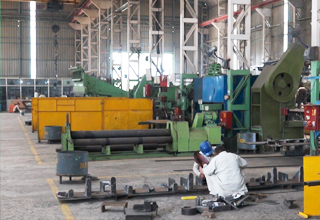 Central Statistics Office (CSO) has adopted methodological changes and started providing share of sectors in GVA at basic prices instead of shares in Gross Domestic Products (GDP) from 2011-12 onwards.

The Government has taken measures including administrative and regulatory, to accelerate the growth of industrial sector, Minister of State (Independent Charge) in the Ministry of Commerce & Industry Nirmala Sitharaman said in a written reply in Rajya Sabha on Wednesday.

Global economic scenario as well as the steps taken by the Government impact performance in the manufacturing sector in the short, medium and long term.

For creation of conducive business environment, the Government is constantly simplifying and rationalizing the processes and the procedures for boosting investor sentiment, simplifying the Foreign Direct Investment (FDI) policy and correcting the inverted duty structure.

The recent amendments in FDI policy include allowing FDI in Defence up to 49 per cent, in Railway infrastructure up to 100 per cent, in Insurance and Pension Sector upto 49 per cent. The investment limit requiring prior permission from Foreign Investment Promotion Board (FIPB)/Cabinet Committee of Economic Affairs has been increased from Rs 1200 crore to Rs 3000 crore.

The definition of investment by Non Resident Indians (NRIs), Person of Indian Origin (PIOs) and Overseas Citizen of India (OCIs) in FDI policy has been revised.

Further, except for Defence and private sector banking for which specific conditions apply, composite caps on foreign investment have been recently allowed so that uniformity and simplicity are brought in across the sectors in FDI policy for attracting foreign investment.

The Government has also launched “Make in India” programme with 25 thrust sectors to provide a major push to manufacturing in India. An Investor Facilitation Cell has been created in ‘Invest India’ to assist, guide, handhold and facilitate investors during the various phases of business life cycle. (KNN Bureau)