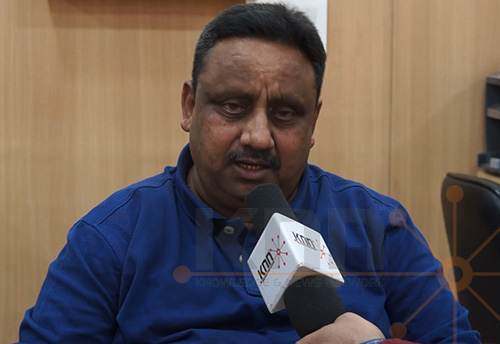 New Delhi, Jan 27 (KNN) On February 1, all eyes will be on Finance Minister Nirmala Sitharaman, who will present her second Budget at a time when Micro Small and Medium Enterprises (MSMEs) as well as traders are suffering due to this slowdown.

To know the expectations of the traders from the upcoming budget, KNN India interviewed the Confederation of All India Traders (CAIT) President Praveen Khandelwal who asserted that the upcoming budget should be 'Traders' centric'.

''The budget should be traders' centric and we hope that the budget will certainly give priority to traders and internal trade and also to give better business opportunities to the traders to grow in a fast manner,'' he said.

When being asked about the suggestions and recommendations from their side to the government, he said that access to finance for the traders, simplifications of Goods and Services Tax (GST) structures and upgradation and modernization of existing retail trade.

''Providing the support policies for the traders to align themselves with ecommerce and upgradation of our markets in consult to our infrastructure and policies for encouragement to women entrepreneurs should be the priorities in the budget from trader’s perspective,'' he avowed.

Speaking, further about the scuffle between the traders body and ecommerce companies he strongly stated that there is no fight between the duo and CAIT has only raised certain logical objections.

''There is no war between us. CAIT has only raised certain logical objections against the format of th present ecommerce business being carried out by several ecommerce companies who are not following the Foreign Direct Investment (FDI) policies and creating a distortion in the market which is badly affecting seven crores traders of the country,'' he

''We have submitted our memorandum to Union Commerce and Industry Minister Piyush Goyal with evidences as far as the ecommerce is concerned and he (Piyush Goyal) has taken the cognizance following which  he has put his entire ministry on the job to find out  what kind of predatory pricing and deep discounting these companies are doing,'' he said while replying to a question that  how Commerce and Industry minister is taking up the issues of predatory pricing or some unfair trade practices by e-commerce companies.