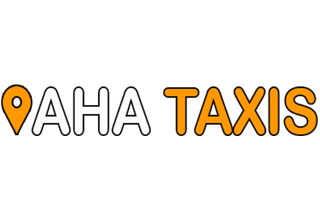 To get broad particulars of the firm, KNN got in touch with Amit Grover, the founder of AHATaxis.

Briefing us about the start-up, Grover said, “A regular user is able to save 40% on one-way taxi booking with us. We have received a very good response so far and that has helped us grow 100% month on month on all metrics and expand our base to 100+ cities in India in less than a year time”.

The concept was born last year when Amit, Co-founder of AHA Taxis had made a family trip to Bhopal, and the waitlisted train ticket to Delhi got canceled. The flight was expensive, buses not available and taxi guys asked for a return fare, which means he had to pay double if he wanted to book a taxi. Charges of Bhopal to Delhi as well as Delhi to Bhopal will be for him to bear. “This is the way it has been happening all across India, ever since we have been traveling between cities by road. This was the trigger for AHA Taxis to start” Grover told us.

There is variability in fares of the outstation taxi services. The reason attributed to the outstation taxi industry being part of the organized sector where there is a lack of standard practices. “The fare for same route changes according to demand, for the same route you may get a taxi for Rs.2500 in offseason and in the season you might have to pay more than Rs.5000” Grover enlightened over the issue, adding, “We are trying to curb the problem by bringing the uniformity in the fares of outstation taxis. offers a fair price to our customer which never changes randomly and is constant. That’s the one challenge we have been solving constantly one by one route to route”.

AHATaxis has been receiving a good response so far which has helped them to 100% month on month on all metrics and expand its base to 100+ cities in India in a less than a year time. This, as the founder affirmed, helped the venture to gain the attention of investors to raise funds.

The USP of the company the price benefit that it provide to the customers. “In Indian outstation taxi industry, a normal traveler is charged for both ways even if he is traveling one way” said the founder. “Our USP is one way outstation taxi service by using our service a normal customer is able to save up to 40% on travel cost” he further added.

Having appositive perception towards the budding E-commerce trend, Grover enunciated  “E-Commerce is making it easy for customers to select product of their choice by giving a range of options from different sellers and brand located in different geography’s”.

“On another hand, it's helping sellers / merchant to reach a large base of customers online without any additional investment. The market (customer & seller) is only going to appreciate and accept a solution which eases their life” he stated further.

Grover considers that the environment accessible today, is the best for the growth and development of business and start-ups in India.  He holds the belief that the presence of strong, stable and business-friendly government in the center is on a mission to promote SMEs with its “make in India” theme. “SMEs in India should see a good growth rate in the current environment” he said.

As for the plans for the future, Grover made the statement, “While we have the plan to add 100 more cities in next year i.e. 2016 we would be working hard to maintain our current growth rate and super customer service”.

Even though the founder applauds the efforts been made by the government , he still looks forward to them for more support and resources aligned to promote and cultivate startup culture in India.

“We, as start-up ventures are looking forward to the government for automatic approval and single window system to reduce time to start business. We would also appreciate some time bound tax exemption to startup” Grover told us.