New Delhi, Nov 1 (KNN) The Manufacturing activities in India remained strong as the Manufacturing Purchasing Managers’ Index (PMI) was up from 55.1 in September to 55.3 in October.

The survey released by the S&P Global Market Intelligence, pointed out that the October PMI showcased improvement in overall operating conditions for the 16th straight month.

As per the survey, the firms were able to secure additional work in October, taking the current sequence of growth to 16 months. The overall factory orders increased at an above-trend pace that was nonetheless the weakest since June.

“Manufacturers continued to loosen the purse strings as they expect demand buoyancy to be sustained in coming months, the survey pointed out.

Lima further pointed out that there was a marked rise in input purchasing, with firms adding to their inventories to better align with client purchasing. Capacities were again expanded to accommodate for improving sales.

On the inflation front, cost burden rose at a broadly similar rate to September’s 23-month low while selling charge inflation moderated to the weakest since February, as per the survey.

On the employment front, there were signs of substantial capacity pressures at Indian goods producers as outstanding business volumes rose to the greatest extent in almost two years. Some firms responded to this by hiring extra workers.

The manufacturing employment increased at a marked rate that was one of the strongest since data collection started in March 2005.

The Consumer goods was the best-performing category in October, recording the greatest performances for output, total sales and exports. Growth for all of the aforementioned areas was sustained in the intermediate and investment goods sub-sectors, albeit with slowdowns since September.  (KNN Bureau) 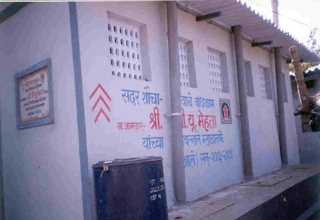 Handicraft exporters call for additional support from the government
From Esther Suhasini
New Delhi, Sept 20 (KNN)  Indian handicrafts for centuries, have been…