AEPC to set up India pavilion at garment fair in Las Vegas
New Delhi, Dec 24 (KNN) In order to help Indian textile exhibitors conduct business with offshore manufacturers from across the globe, the Apparel Export Promotion Council (AEPC) is planning to make an India Pavilion with 65 booths at the Sourcing at Magic fair to be held in Las Vegas, USA.

“AEPC has been participating in Sourcing at Magic Fair, Las Vegas, USA for past 10 years.  This time, AEPC is making India Pavilion with 65 booths,” according to AEPC.

Sourcing at Magic, to be held from February 17-20, 2014, is one of the largest, most compressive and cost effective Apparel Trade Event in United States offering access to over 40 countries representing the world’s most important markets.

The fair showcases more than 1100 apparel, accessories and footwear resources, conveniently merchandised by country and category; contract and original design manufacturers; fabric, trim and component suppliers; and service and technology providers.
In this context, AEPC has called for contractors to set up the India pavilion at Sourcing at Magic fair in Las Vegas.

The Sourcing Zone is a convenient space for retail buyers, global importers, licensees and brands to meet and conduct business with offshore manufacturers from countries like India and contract suppliers from the international manufacturing countries.

USA is the largest importer of garments with imports of over USD 81 billion. India’s garment export to USA was USD 3055 million during 2012, which amounts to around 3.8 per cent of USA’s total garment imports from World.
AEPC, Sponsored by Ministry of Textiles, Government of India is a nodal agency to promote and develop the exports of readymade garments from India.  (KNN/SD) 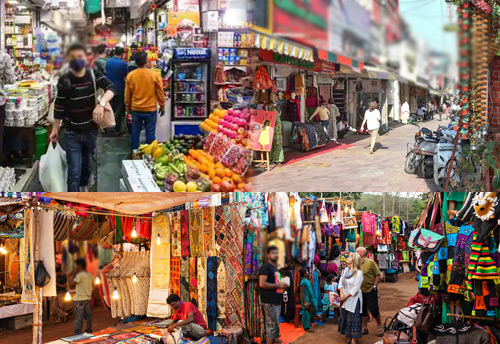