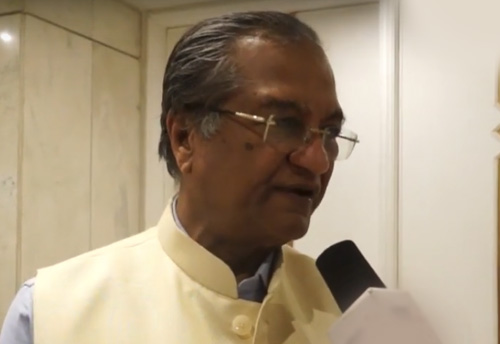 New Delhi, Oct 12 (KNN) Welcoming the declaration made at the conclusion of Chennai Summit, Sharad Kumar Saraf, President, Federation of Indian Export Organisations (FIEO) on Saturday said that the close interaction between the countries at the highest level augurs very well for cementing the strategic ties between the Asiatic giants besides resolving trade issues.

FIEO President said that differences between the two neighbours are not surprising, the key is to resolve them through constructive engagement and consultation so that they do not evolve into disputes, as stated by our Prime Minister Narendra Modi.

Saraf said that high trade deficit with China is a cause of concern. However, the deficit narrowed down to US$ 53 Bn in last fiscal. A bigger worry is the market access which is restricting Indian exports to realise its true potential. India’s untapped exports potential to China, as per ITC, is US$ 18 Bn, which is much more than our current exports of US$ 16.8Bn. Dairy products, bovine meat, soyabean meal and many fruits are not given market access which is equally a problem for Indian pharma industry as registration takes enormous time and often delayed for no obvious reasons.

He also welcomed the idea of having institutional mechanism to address trade and investment issues.

Sharaf further said that the profile of Indian exports is slowing moving to value added segment with auto component, electrical equipment, machineries, speciality chemical exports though we have still some way to go.

Sharaf welcomed the idea of manufacturing partnership and said that the rising manufacturing cost is compelling Chinese companies to look for relocation, a process accentuated by the tariff war and India being a large market and having the best of corporate tax rate of 15% much less than 25% in China is best positioned to attract such investment with aggressive marketing and handholding support.

FIEO welcomed the facility of 5 years multiple entry visa for Chinese citizens at affordable cost and hoped that China will also reciprocate to give a fillip to tourism as immense possibility exist in attracting Chinese tourist to India and vice a versa.