Govt orders probe into illegal Chinese exports to India through ASEAN, SAFTA and other neighbouring countries on request of AITF 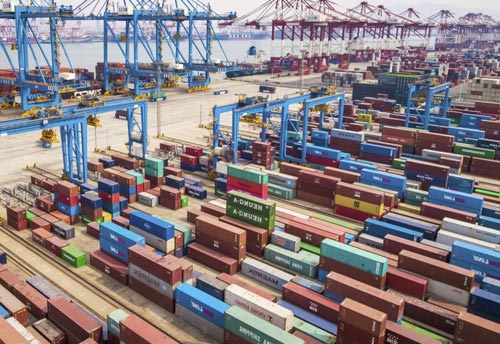 Govt orders probe into illegal Chinese exports to India through ASEAN, SAFTA and other neighbouring countries on request of AITF

Ludhiana, Sep 12 (KNN) On the request of All Industries & Trade Forum (AITF), Government has ordered an inquiry into illegal Chinese exports to India through ASEAN, SAFTA and other neighboring countries, said Badish Jindal, National President of AITF.

Jindal said “With the efforts of AITF, the ministry of commerce formed a committee of officials from Central Board of Excise &, Customs, Director Revenue Intelligence; Director General of Foreign Trade, Department of Commerce for investigation of under invoicing imports from China & illegal Chinese imports to India through SAFTA & ASEAN countries.”

To apprise the officials about the present scenario in this regard, Jindal met all these officials.

He stated that the figures are really shocking as after the implementation of SAFTA & ASEAN treaties the imports from such countries increased many folds.

Most of these imports are of Chinese goods which are exporting to India through these countries for evading higher custom duties. Beside Chinese companies many Indian companies are also involved in such frauds.

In last one year Chinese companies have change their strategies and most of the Chines exports are coming through neighboring countries of India.

The Chinese companies are dumping exports of Rs 492079 crores to India. Most of these exports are under invoiced to save custom duties. After the implementation of GST the ratio of under invoicing from China is increasing, he added.

The Chinese imports dipped to 0.03% to India from 2017-18 and 2018-19 from Rs 492236 to Rs 492079 crores. The two main reasons behind this are huge under invoicing due to GST & increased import duties from India and other is that now Chinese companies are dumping material to India through ASEAN & SAFTA countries to save the customs duties in India, Jindal added.

To take the SAFTA advantage the exports of cotton yarn and garments from Bangladesh to India increased from Rs 1518 crores to Rs 2948 crores, he mentioned.

Similarly the exports of plastic products increased from Rs 103 crores to Rs 251 crores and leather goods from Rs 123 crores to 235 crores just in one year, Jindal added.

He said “The Srilanka started exporting bicycles and parts to India of more than 200 crores to India whereas it’s a known fact that Srilanka is not a producer of bicycle or parts. Similarly during last one year from 2017-18 to 2018-19 the exports of fabric and garments increased from Rs 569 crores to Rs 1073 crores.”

The shocking data has come from Vietnam and during last one year for taking the benefit of ASEAN pact the Vietnam dumped Rs 10299 crores to Rs 25716 crores of machinery and electrical. Similarly the plastic products increased from Rs 401 crores to Rs 827 crores, rubber products from Rs 968 crores to Rs 1467 and footwear from Rs 574 crores to Rs 874 crores. This clearly proves an intervention of Chinese products through Vietnam for concessional rate of duties under ASEAN pact, said Jindal.

The another neighboring country of China Hong Kong break all the limits as its export of machinery and electrical increased from Rs 7786 crores toRs 60639 crores just during last one year with an increase of 678% which is impossible to achieve without illegal intervention of China.

Jindal said “AITF have sent the complete report of all these illegals exports to Prime Minister and other ministries. We are very hopeful that the government will surely take a strong step in this regard.”