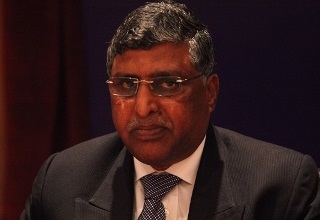 India, Pak small businesses to meet in October
New Delhi, July 25 (KNN) First exchange programme for the small and medium enterprises of India and Pakistan will be organized in October this year, President of the Federation of Indian Micro, Small and Medium Enterprises (FISME) D Gandhikumar said here today.

“I am happy to announce that FISME would organize first SME exchange programme in decade between India and Pakistan. We shall mount to and receive a delegation from Pakistan,” Gandhikumar said.

In his speech at the launch of the Knowledge & News Network (KNN), an online media platform for the micro, small and medium enterprises, the FISME chief said, SME Summit would also be organized towards the end of the year where chambers of all SAARC countries will participate.

The initiatives are being supported by SAARC Trade Promotion Network based in Nepal and other international agencies.

“We are also pushing for greater market access for Indian MSMEs in ASEAN especially Myanmar and are planning a range of new initiatives in this regard,” he said.

Expressing concern over sickness in the MSME sector, Gandhikumar   said the FISME has been working for last few years on creation of a mechanism for rehabilitation and exit of sick or failed units. It has submitted a legally vetted draft for amendment in the MSMED Act.

“I would urge the MSME Minister and DC-MSME to convene a meeting on the issue to take the matter to its logical end,” he said.  (KNN)