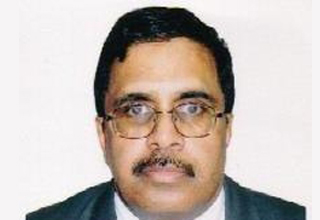 Oman's largest plastics packaging show coming in February
New Delhi, Jan 13 (KNN)  To display and demonstrate the products and services of plastics, petrochemicals, rubber, packaging and allied industries to the fast developing market of Sultanate of Oman, Oman Plast 2014 will be held in the Arab state next month.

The second largest plastics packaging show, Oman Plast 2014, will begin on February-11 to facilitate the development of trade links between Oman and the rest of the world.

With the primary aim of developing the plastics and petrochemical industry, Oman Plast 2014 will showcase the latest technology and machineries used in manufacturing of plastics, petrochemicals, rubber, packaging and allied industries.

“It will be an ideal opportunity for Oman and neighbouring states (especially UAE, Iran, Saudi Arabia and Yemen) to source new technology and products. Petrochemical Industry being one of the main components of Omani economy, the event will give a great impetus to its further diversiﬁcation and growth,” an official release said.

Oman is considered to be one of the biggest players in the petrochemical industry in the region, with a global reach spanning 150 countries. The Sultanate’s chemicals and plastics capacity will increase tremendously in the years to come.

In fact, the plastics industry per se has seen sustained growth levels in the region as Middle East and African markets are expected to deliver noteworthy gains right upto 2014. An annual growth rate of around 30 per cent has been projected. This region is emerging as a leading global plastic production resin hub with capacities expected to double in the coming years.

The Middle East remains the largest source of plastic raw materials; upto 16 per cent of the region’s abundant petroleum supply that is not used for energy production is converted into other materials such as plastic products. While sustaining growth in the plastic industry is of prime importance, Oman has made sure it maintains a green outlook.

The world produces and uses 20 times more plastic today than it did 50 years ago. Ordinary plastics can take up to 400 years to break down. Given plastic is a fundamental part of our day-to-day lives, Oman has also made sure that it has earth-friendly product like degradable plastic.

OMAN PLAST 2014 is poised to establish new records in terms of number of exhibitors, visitors, industrialists, traders and businessmen.