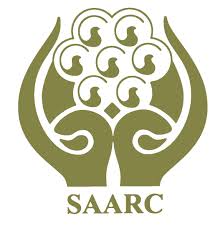 SAARC trade promotion network to work towards reducing trade barriers
Colombo, Feb 4 (KNN) The SAARC Trade Promotion Network (SAARC-TPN) will be launching its next phase of programme, in June this year,  with an objective to reduce trade barriers within South Asia.

This was announced during the three-day long Operation Committee Meeting held here under the stewardship of Ellen Kallinowsky, Program Manager, SAARC – TPN. The performance of the ongoing project and its six working groups were reviewed.

The Committee also decided to launch a dynamic website with the technical support of SMEDA Pakistan.

The Annual review meeting of the South Asian Association for Regional Cooperation – Trade Promotion Network (SAARC  -TPN) was held from January 29 to January 31, 2014.

Representatives from the 28 member institutions, both government and private sector, from the seven SAARC countries  of Afghanistan, Bangladesh, Bhutan, India, Nepal, Pakistan and Sri Lanka were present. India was represented by the Federation of Indian Micro, Small and Medium Enterprises (FISME).  CII and FICCI, the other two member institutions were not present.

The SAARC Trade Promotion Network (SAARC-TPN) is a group of 28 key public and private-sector institutions responsible for trade-related issues from all eight SAARC member countries.

The project promotes communication and information-sharing between network members, as well as competences for identifying priority measures to overcome trade restrictions, facilitating complex negotiations to develop solutions, and properly representing the interests of the network.  (KNN/DB)