Tension between Iran and US to impact Indian exports too: FIEO 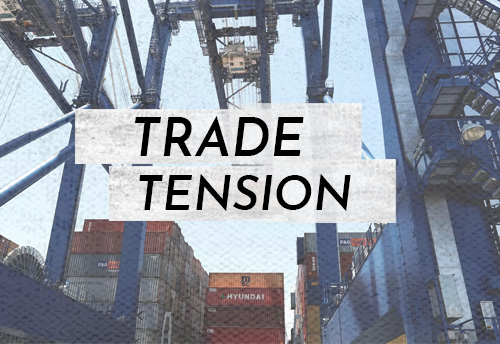 Tension between Iran and US to impact Indian exports too: FIEO

New Delhi, Jan 7 (KNN) The Federation of Indian Export Organisations (FIEO) on Tuesday expressed concern over the recent unrest in Iran and asserted that the India will have implications on country's exports to the Persian Gulf nation, if the tension escalates further.

''Escalation of tension between the US and Iran will have implications on India’s exports to the Persian Gulf nation,'' said FIEO President Sharad Kumar Saraf.

''Iran is a key trading partner of India. So far, exporters have not flagged any concerns related with exports to Iran. "However, if the tensions escalates, it may have an effect on India's exports to Iran," added Saraf.

FIEO Chief also said that due to existing trade sanctions on Iran, Iranian shipping lines are only taking Indian consignments to that country. Iran’s major exports to India are oil, fertilisers and chemicals, while it imports cereals, tea, coffee, basmati rice, spices and organic chemicals, among others.

FIEO President also added that India’s exports to Iran during 2018-19 were USD 3.51 billion, while imports were USD 13.52 billion. The trade imbalance is mainly because of India’s import of oil from Iran.

On Januray 4th, KNN India had also spoken to some industrialist who were of the view that at present nothing such is there to worry about.

While speaking to FISME President, Animesh Saxena, it was learnt that as of now there is nothing to worry about it, since exporting activities will continue until and unless war is being declared there.

''No, there won't be any trouble for exporters. As of now there is nothing such. If the country (Iran) go for a war then the sea link can be declare unsafe, so that concern is there,'' he had asserted.

Similarly, FIEO Director General, Ajay Sahai, had said that nothing such is expected so early. At present, everything in normal and in the coming days also there won't be any trouble for exporters.

Tensions between Iran and the US increased after an American drone strike that had killed top Iranian General last week.