UK to provide Rs 2400 cr to Bengal SMEs through DFID 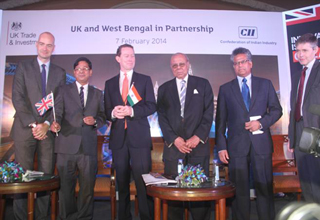 UK to provide Rs 2400 cr to Bengal SMEs through DFID
Kolkata, Feb 10 (KNN) The UK Government’s Department for International Development (DFID) would provide an assistance of 230 million pounds (about Rs 2,400 crore) in the form of loans for providing finance to the SME sector in West Bengal.

UK minister of state for energy, climate change and business engagement with India, Greg Barker told reporters that the money would be routed through institutions like SIDBI and nationalised banks which in turn would extend funds to the SME sector..


Barker, who visited Kolkata with British Prime Minister David Cameron in November last year, said, there were visible changes happening in the city and state. “The West Bengal government is also supportive in nature," he said.


While addressing a seminar on 'UK and West Bengal in Partnership' here last week, the minister said the two-way trade between UK and India is likely to double by 2015 while investment both way was growing too.

He said that the UK was the third largest investor in India, while India was the fifth largest in the UK, adding that this was the first time that a ministry responsible for improving business ties with India was formed.

In his last visit to the city, Barker had signed an agreement with the Kolkata Municipal Corporation to collaborate in the development of sustainable, low carbon and climate change resilient metropolis.  The UK government would provide funds to the corporation through the DFID. (KNN Bureau)