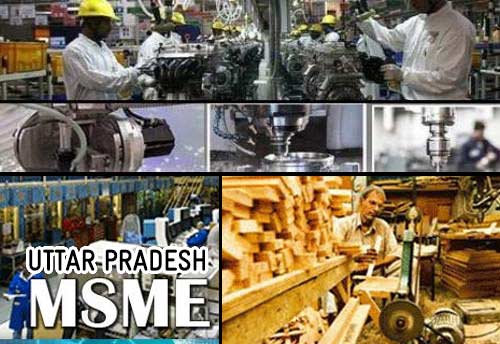 He said this during a virtual conference on Friday, which was also attended by Navneet Sehgal, Additional Chief Secretary, Information, MSME, Export Promotion, Khadi and Village Industry, Government of Uttar Pradesh.

''Till date Rs 12.22 lakh crore has been provided to stressed MSMEs,'' he added.

Highlighting the key achievements of the UP government, he said, ''UP Investors Summit was organised in February 2018. The unprecedented success of UP Investors Summit 2018 led to the generation of 1,045 investment intents worth more than Rs 4.28 lakh crore across sectors.''

Speaking on the occasion, Navneet Sehgal said that the state government had set up a dedicated Helpdesk at Invest UP in April 2020 which has also attracted more than 96 investment intents, including intents from companies from around 10 countries such as Japan, US, UK, Canada, Germany, South Korea and Singapore worth around Rs 66,000 crore.