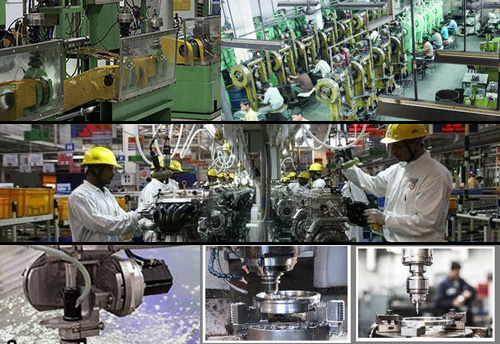 New Delhi, Mar 17 (KNN) The government has said that six lakh industries under Micro Small and Medium Enterprises (MSMEs) have been restructured and the number will increase in the coming days.

''Six lakh industries under MSME have already been restructured and by December 31, the extended date for restructuring, the numbers will increase,'' said MSME Minister Nitin Gadkari while replying to a query during the Question Hour in the Rajya Sabha.

While replying to another query on impact of COVID-19 on MSMEs, Gadkari asserted that due to coronavirus outbreak, Indian industries have enough oportunities.

"It is not practically correct to say anything about this, but because of coronavirus now lot of opportunities are with the Indian industries," Gadkari said.

He further said that exports and employment are growing, and asserted that timely payment to MSMEs by central and state government undertakings should be made.

"The major problem is state government and central undertakings... they don't give money of small MSME. If one company is impacted thousands are rendered jobless,'' he added.

There is no provision to protect the interests of industries under MSME in NCLAT Act, he said.

Speaking further on the payment issues, the minister said that his department was contemplating taking action against those which do not make payments within three months and the steps included 12 per cent interest on the amount.

He also said that date of restructuring which was March 31 has been extended to December 31 and exuded confidence that a large number of industries will benefit from the move.

The minister also informed that the recommendations of UK Sinha Committee have been accepted and "during January 2019 to January 2020, over six lakh accounts have been restructured under the circular covering loans of Rs 25,000 crore."

Besides, one of the recommendations of Sinha committee pertaining to "Fund of funds" to provide debt and equity support is being finalised.

He added: "Finance Secretary has approved it...it will go to the Cabinet."