Almost half of MSMEs witness 20-50 per cent impact on earnings due to COVID-19 pandemic: Survey 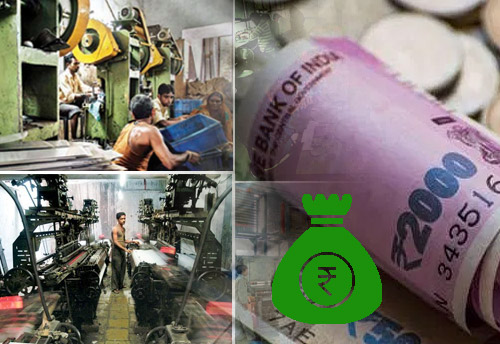 Almost half of MSMEs witness 20-50 per cent impact on earnings due to COVID-19 pandemic: Survey

Mumbai, Jun 17 (KNN) Almost 50 per cent of Micro, Small and Medium Enterprises (MSMEs) have witnessed a 20-50 per cent impact on their earnings due to the disruptions caused by the COVID-19 pandemic, said a survey.

According to a joint survey conducted by non-banking financial company Magma Fincorp, and business school Bhavan's SPJIMR, within the MSME sector, smaller-sized firms' earnings were more affected by the pandemic.

"Almost half of the micro and small firms stated that the impact of COVID-19 on earnings was between 20-50 per cent. Both essentials and non-essential manufacturers and suppliers stated a similar impact on earnings, which is less than 50 per cent,'' the survey said.

The findings of the survey which was conducted in the second half of May 2020 are based on responses from 14,444 MSMEs. The survey focussed on the financial impact of the pandemic on MSMEs and their outlook towards the earnings.

However, close to half the respondents in the non-essential sector were negative in outlook, compared to the 25 per cent for those in the essential businesses.

The survey also revealed that the respondents seem to be far more positive about their own financial health with 76 per cent rating themselves average or above average.

"Nearly 53 per cent of the respondents had availed of the government's moratorium either from Magma or from other lenders. Around 51 per cent stated that they did not need to borrow," it showed.