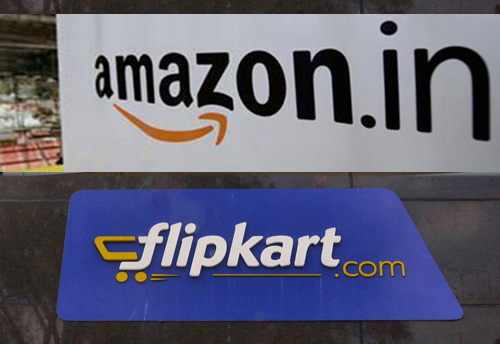 New Delhi, Dec 10 (KNN) The Confederation of All India Traders (CAIT) has expressed disappointment that the Union Minister of Micro Small and Medium Enterprises (MSMEs) Nitin Gadkari has joined hands with e-tailers like Amazon and Flipkart, saying  both of them are killing the domestic trade.

''Greatly surprised that the move of the Ministry of MSME is being initiated when Union Commerce Minister Piyush Goyal is most vocal against the malpractice of e-commerce companies which are indulging into predatory pricing and deep discounting much against the provisions of the FDI policy,” CAIT on Monday said in a letter to MSME Minister.

CAIT further said that while it understood the intent of the government to encourage the growth of MSMEs by bring them onto online platforms, it said that the move to partner with Flipkart and Walmart instead of creating an independent portal was “highly derogatory and will adversely impact the integrity of the government.”

In view of the intention of the Ministry to digitalise MSMEs of the country which is a welcome move, the CAIT has expressed its support for creating an independent portal for digitalising the not only the MSMEs but even 7 crore traders of the country with integration of digital payments and logistics and having no element of commission on sales of products.

The traders association has said that Amazon and Flipkart are charging commission from 8% to 30% on sale of various products on their portals besides violating FDI policy. They also sought an appointment with Nitin Gadkari on this issue.

On Monday, Walmart and Amazon separately announced plans to help India’s MSME sector in better use of digital commerce platforms to enhance their growth.

Walmart announced its Vriddhi Supplier Development Program to train 50,000 small businesses to better use e-commerce, while Flipkart announced a partnership with the Confederation of Indian Industry (CII) to train its suppliers to do the same.