Climate change can run MSMEs out of biz 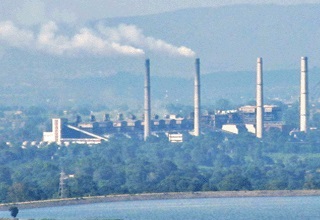 Climate change can run MSMEs out of biz
Ahmedabad, Mar 13 (KNN)  Most businesses, especially those belonging to the micro, small and medium enterprise sector are affected by the changing climate which causes damage to their premises and processes, so much so that, at times it runs them out of business, a report has said.

This was stated by the Gujarat Institute of Competitiveness (GIC) which has now designed a project to help MSMEs prepare for changes in weather patterns and adapt to climate change.

On the need for such a programme, “awareness about these risks among businesses still remains low,” Director, GIC, Jagat Shah said.

“In January 2014 India reported 233 deaths in the first 10 days of the year; caused by temperatures up to 4-5 degree lower than the normal seasonal average. Extreme weather events like these have drastically increased in the last years, threatening societies, economies and the eco-system as a whole,” a GIC press release said.

To address this, GIC has taken the initiative that while mitigating risks will actively promote adaption to the impacts that are bound to happen.

Given that service providers such as consultants to industry, business development service providers, educational and training institutions can play an important role in promoting awareness among MSMEs on the impacts climate change can have on their businesses, GIZ (German Development Cooperation) had conducted a training of trainers in 2013 that capacitated multipliers to conduct trainings on their own.

In continuation of these efforts, GIZ had called for proposals for new ideas to conduct a new series of trainings on climate change adaptation for MSMEs or multipliers. Eligible organizations were asked to submit innovative business models and ideas on how to conduct a workshop series and create awareness on climate change in MSME’s.

At the national level competition, GIC was declared winner, and awarded the project to create awareness amongst MSME’s on climate change.

The project will now be implemented in three phases:  Phase 1 – Ahmedabad, Phase 2 – Gujarat and Phase 3 – 4 states of India.

Further, a climate change challenge and innovation contest will be held at universities; help desks will be set up at industry associations to address such issues; and a communication centre will be set up at a research institute on the concept of ‘send the message’ through digital approaches.

In addition, a climate change research centre will be set up at an institution which will prepare an approach paper; while students and faculty of schools and universities will be exposed to issues related to climate change as they will be future employees and owners of MSMEs.  They will be trained on professional certified courses.

With a focus on competitiveness, GIC engages with companies, MSMEs, non-profit organisations, academia and government to enhance their competitiveness.  It offers advisory, training, capacity building and institutional development services to various sections of the society.  (KNN/ES)