Despite MSME secretary assuring continuation of CLCSS, nodal bank says no notification on continuation so far 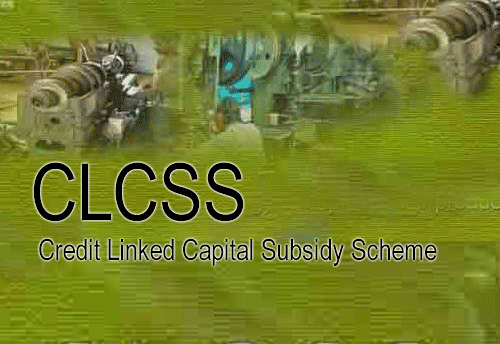 Despite MSME secretary assuring continuation of CLCSS, nodal bank says no notification on continuation so far

New Delhi, Oct 7 (KNN) On an assuring note to  the Micro, Small and Medium Enterprises (MSMEs) regarding that the Credit Linked Capital Subsidy Scheme (CLCSS) , MSME Secretary, Dr Arun Panda said that the scheme will continue to be implemented, however the nodal agency that is to implement the scheme, SIDBI is not sure over the continuation.

Talking to KNN , Amit Jain of Dayachand Engineering Industries informed that SIDBI has no update regarding the continuation of scheme.

Jain informed that when the news of MSME Secretary assuring the continuation surfaced, the MSMEs did approach SIDBI, to which SIDBI responded that they don't have any notification so far.

Jain added that with such confusions and gaps prevailing, the MSMEs are in a fix situation.

Earlier S P Gupta, noted expert on MSME finance opined that the Government should not keep such important schemes in such an ambiguity.

Under the scheme eligible MSMEs are provided subsidy of up to Rs. 15 lakhs for procuring state of the art technology and also to improve energy efficiency and minimise environmental impacts. (KNN/DA)