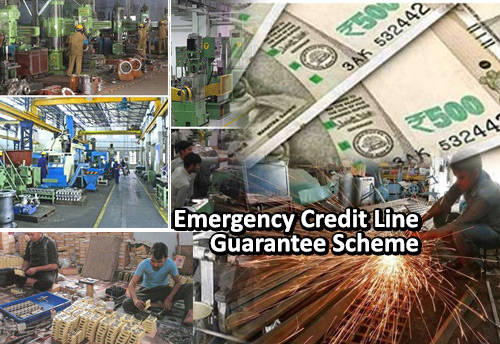 New Delhi, Oct 27 (KNN) The Emergency Credit Line Guarantee Scheme (ECLGS) has been able to quench the liquidity thirst of COVID hit Micro, Small and Medium Enterprises (MSMEs) as 87 per cent respondents claimed that the scheme had helped to ease their capital crunch, according to a survey by National Credit Guarantee Trustee Company (NCGTC).

The survey which involved 1857 respondents from MSMEs, other businesses revealed that a majority 59 per cent added that the support would only last up to three months while a much smaller proportion 19 per cent believed that it would ease liquidity problems beyond three months.

Among micro, small and medium units, only 23 per cent and 18 per cent respectively believed the money would support them for more than three months.

This may have broader economic consequences, according to the survey. The funds were most likely to be used by MSMEs, other businesses to restart their operations (51 per cent) or clear supplier dues (51 per cent).

''However, the unequal distribution of disbursement may defeat the purpose of the ECLGS,'' the survey added.