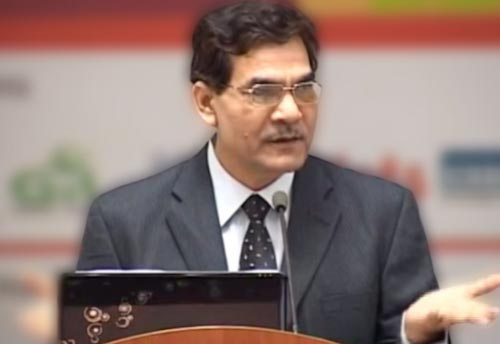 New Delhi, May 8 (KNN) The apex body for MSME association in the country, the Federation of Indian Micro and Small & Medium Enterprises (FISME), welcomed the newly appointed MSME Secretary Arvind Kumar Sharma and proposed to share its research and observation on the challenges faced by MSMEs.

He wrote, "Having worked closely at the ground level for several decades, this association and its proponents have an understanding that is at variance in many respects with the commonly believed problems and their solutions. It can be argued that the whole gamut of MSME may be studied ab initio to understand its present status, its Strengths and Weaknesses, Opportunities and Threats, its relevance in present, its needs and its expectations.''

''Besides the research suggested at fundamental level, we have our thoughts on a whole variety of issues from COVID related crisis to Public Procurement reforms, and a huge emphasis on Quality to make enterprises of the country export ready,'' Saxena wrote.

FISME President said the the MSME Secretary's observations particularly on the enormity of the size of the sector, which sustains close of ‘one fourth or one fifth of Indian population’- and more importantly, large part of which is equally vulnerable whether its ‘workers, the owners or the vendors’ has attracted its attention.

Also,  his observation on the need in India of having right ‘processes and help’ to allow MSMEs to grow big and become world beating companies was apprecited by the apex body.

''The former annotation necessitates looking different segments in MSME space distinctly. Having same plain vanilla policies for all segments of MSMEs- from the ones where the owner and the worker is indistinguishable to others which are part of global value chains, has barely proved effective at level of Ministry,'' said FISME.

In the letter, Saxena wrote, "The policy prejudice may have already resulted into a highly skewed population of medium enterprises- the Mittlestands, potential world beaters. In a family of 60 million, their number is below 25000!." (KNN Bureau)