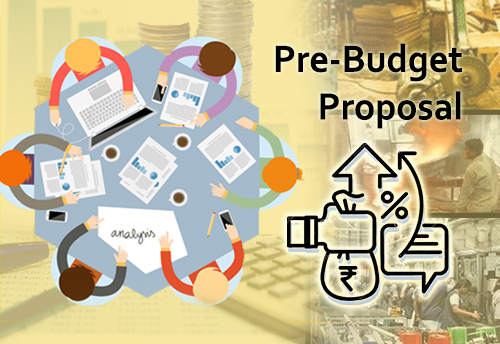 The Union Ministry of Finance had sought pre-budget proposals from major industry bodies including FISME and has also created a portal to seek suggestions from public at large.

FISME has listed reforms in Public Procurement as a priority area in view of 25% set-aside for MSMEs in central purchases and ‘Make in India.

It  asked for creation of an institutional mechanism where complaints related to discriminatory pre-qualification criteria could be addressed.

While asking authorities to make a distinction between not only the ‘foreign firms’ and ‘domestic firms’ but also the ‘foreign owned’ firms and the ‘locally owned’ firms,  it also suggested for mandatory registration of all Govt buyers on TReDS platforms and permission to Insurance Companies to offer Bank Guarantees.

FISME memo raised a number of problematic clauses in Companies Act and sought exemption under section 462 of the Companies Act 2013 for  appointment of Independent Directors and Women Directors, appointment of Key management personnel, Acceptance of Fixed Deposits from Public and Compulsory Cost Audit of Companies.

To augment flow of credit to MSMEs especially to cash starved SMME sector, FISME suggested that Indian banks should be exempted from following Basel norms for 3 yrs  including doing  away with BLR ratings.