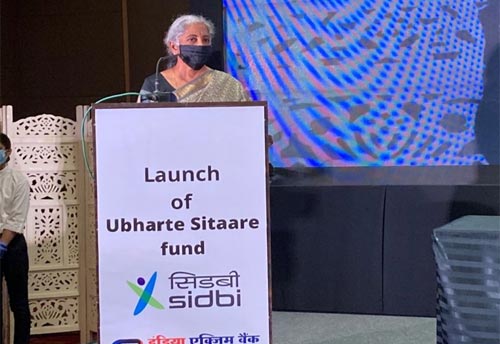 Finance minister, in her Budget speech in 2020, had mentioned that MSMEs are important to keep the wheels of the economy moving. MSMEs also create jobs, innovate and they act as risk takers. In the line, India Exim Bank’s Ubharte Sitaare Programme (USP) will identify Indian companies that have the capability to be future champions in the domestic arena while meeting the global demands.

Under the scheme, an identified company is supported even if it is currently underperforming or may be unable to tap its latent potential to grow. The programme diagnoses such challenges and provides support through a mix of structured support covering equity, debt and technical assistance.

''Some developed countries like Germany have already tried this. They have identified champion sectors and tried to support them and handhold them, give them the necessary technology, and fund infusion through which it made a league of a difference for many of these champion sectors,'' she said.

''For Ubharte Sitaare, largely the same principle is being followed,'' she added.

She further said that in a state like Uttar Pradesh with highest number of MSMEs, a project which was tailor made for MSMEs to identify champions among them and to also support them, the state justifies the launch of the scheme.