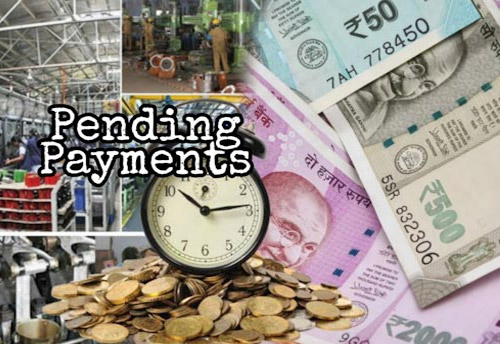 ''Lastly, there is a need to ensure payment of dues of MSMEs by large firms that have gone into insolvency or that are likely to go into insolvency proceedings under the IBC code,'' the trade centre said in a statement.

Currently, under the waterfall mechanism of the IBC code, MSME suppliers are treated as sundry creditors and repayment of their dues happens after meeting the dues of financial creditors.

''In this circumstance, the government should evolve a mechanism where the dues of MSME suppliers owed by large companies that are facing or likely to face insolvency proceedings is paid under the insolvency and bankruptcy code,'' it added.

While welcoming the 12 policy measures announced by the Finance Minister under the ‘Atmanirbhar Bharat 3.0 package’, MVIRDC World Trade Centre Mumbai said that it would rightly provide thrust on unemployed workforce, MSMEs, housing and real estate sectors, which were hit the hardest by the COVID crisis.

Speaking about the stimulus package announced, Rupa Naik, Senior Director, MVIRDC World Trade Centre Mumbai said, “Private consumption and investment, which are the major drivers of economic activity, needs to be stimulated for a sustained economic recovery. The measures announced today will stimulate consumption as they are designed to create employment opportunities for migrant workers, unemployed workforce and infuse liquidity into MSMEs. The extension of Production Linked Incentive (PLI) scheme for 10 more sectors will promote India’s global competitiveness in these identified sectors.”

“We are confident that these measures will provide further momentum to the economic recovery that is taking shape in recent months with the gradual unlocking of economic activities across the country,” Naik added.

After contracting a whopping 23.9 per cent in the first quarter of 2020-21, the Indian economy is predicted to contract at a much slower rate of 8.6 per cent in the September quarter, according to the Economic Activity Index of the RBI.

As a sign of recovering economic activity, the GST collection in the month of October surpassed the Rs. 1 lakh crore mark for the first time in the current financial year. Also, the unemployment rate has fallen drastically from as high as 23.5 per cent in April 2020 to 7 per cent in October 2020, according to data from the CMIE.

''The government’s incentives for employment creation under the Aatmanirbhar Bharat Rozgar Yojana will encourage MSMEs to hire more workers with monthly wages less than Rs. 15,000.  Other measures such as provision of additional 20 per cent credit to borrowers in 26 stressed sectors, waiver of Earnest Money Deposit (EMD) for government contractors and launch of a debt platform for infrastructure financing are excellent moves to stimulate economic growth,'' the trade centre added.

In the coming months, the government can also consider the following measures to address some of the challenges faced by the industry. The government has provided income tax relief to home buyers and real estate developers by enhancing the differential between circle rate and agreement value to 20 per cent from the existing 10 per cent.

''The move will reduce the tax burden on new home buyers and thereby increase sale of residential properties. In future, all state governments should revise the circle rates in their areas to reflect the downward movement in real estate prices in the aftermath of the COVID crisis,'' it said.