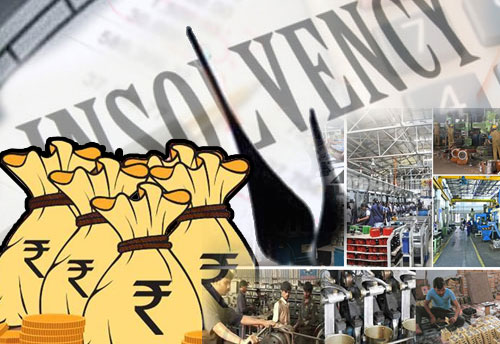 "Pre-pack for MSMEs is a hybrid corporate rescue process, which blends elements and virtues of both formal and informal insolvency proceedings. A resolution plan is negotiated between the debtor and its creditors before commencement of formal proceedings," the ministry added.

The amendment for pre-packaged resolution for MSMEs will have multiple benefits for the sector, it said, adding that it is a time and cost effective insolvency resolution which will cause minimum business disruption, maximise value, preserve employment and lessen the burden on the National Company Law Tribunal (NCLT).

On Wednesday the Ministry of Corporate Affairs (MCA) said that the initiative is based on a trust model and the amendments honour the honest MSME owners by trying to ensure that the resolution happens and the company remains with them.

''It is expected that the incorporation of Pre-Packaged insolvency resolution process for MSMEs in the Code will alleviate the distress faced by MSMEs due to the impact of the pandemic & the unique nature of their business, duly recognizing their importance in the economy,'' it added.

The government on April 4 amended the Insolvency and Bankruptcy Code (IBC) 2016 to allow the Central Government to notify such pre-packaged process for defaults up to Rupees One crores.

The amendments aims to provide an efficient alternative insolvency resolution framework for corporate persons classified as MSMEs under the Code, for ensuring quicker, cost-effective and value maximising outcomes for all the stakeholders, in a manner which is least disruptive to the continuity of MSMEs businesses and which preserves jobs, MCA said.

The initiative is based on a trust model and the amendments honour the honest MSME owners by trying to ensure that the resolution happens and the company remains with them.