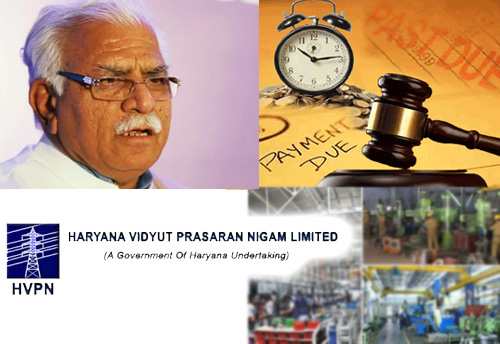 New Delhi, July 26 (KNN) Not portraying a very good example of Ease of Doing Business environment for micro, small and medium enterprises (MSMEs) in Haryana, the  Haryana Vidyut Prasaran Nigam Limited (HVPNL) has been adamant to flout the Haryana State Litigation Policy in matter raised by a MSME.

Kanohar Electricals Private Limited, a Uttar Pradesh based company, has been facing this since last five years even after the arbitral award was granted back in the year 2014 in a dispute with HVPNL over a tender for supply of 1 no. 100 MVA power transformer floated by it. The Letter of Acceptance was given to Kanohar Electricals.

After 5 years of vigorous struggle to get justice in the case, Kanohar Electricals has now pinned hopes on the Chief Minister Manohar Lal Khattar to intervene into the matter to ensure delivery to justice.

In a letter to the CM, Virat Singhal, one of the Board Members of Kanohar Electricals wrote, “We request your intervention as we still await delivery of justice even after 5 years of grant of arbitral award by Hon'ble Arbitrator in the matter with HVPNL.”

He pointed that as per Purchase Order provided by HVPNL, all disputes were to be resolved by arbitration. The Arbitrator was appointed by HVPNL itself and first hearing was conducted on January 18, 2014.

The arbitrator after hearing both sides gave arbitral award on August 14, 2014, and instructed HVPNL to release amount unlawfully deducted from the bills of Kanohar Electricals along with the interest for delay in payment, Singhal wrote in the letter.

However, even after that HVPNL had filed a “frivolous & unjust objections” against section 34 in district court Panchkula on November 10, 2014.  Responding to that, Kanohar Electricals immediately filed their reply to their appeal, but thereafter HVPNL resorted to seeking repeated adjournments to delay the disposal of the case, said Singhal.

“As a consequence of HVPNL's dilatory tactics, the adjudication of Section 34 petition is still pending after 5 years of Arbitral award, and it has resulted in enormous loss of time, effort and additional financial cost to both the parties (summary enclosed),” the entrepreneur said in the letter.

Meanwhile, he noted that there is no stay on execution of arbitral awarded on August 14, 2014 by any court.

The company has even filed for execution in October 2018, there has been delays in proceedings consistently due to frequent adjournments sought by HVPNL.

The Haryana State Litigation Policy which works with the objective of “To transform Government into an Efficient and Responsible Litigant” mandates all government departments to avoid adjournments.

It states, “Adjournments on behalf of State shall be minimized and pleadings completed as far as possible on first available date. This shall be overseen by responsible and accountable authority. Prevailing practice of seeking adjournment on first date of hearing despite the department concerned having been duly served months earlier, must be stopped immediately and responsibility be fixed by taking suitable remedial action against the erring officials.”

Singhal said, “Instead of remedying the wrong by complying with the decision of the Arbitrator, HVPNL has been trying to brazen out its illegal act by indulging in unnecessary litigation.”

On one side Govt of India is focusing on boosting industries under Make in India program by drafting of laws to ensure better contract enforcement and implementing faster alternate dispute resolution methods, on the other side HVPNL is defeating the entire purpose of alternate dispute resolution by indulging into prolonged vexatious & unwarranted litigation, causing huge loss to both parties, he added.

“In a straight case where the HVPNL unlawfully deducted payment due to an SME and then lost case in court too, it continues to throw money on litigation but not pay an SME in time what is its due,” says Bhardwaj.

It is practices by large companies and PSUs such as these that led to promulgation of delayed payment provisions in MSMED Act. Now Government has even announced in the Budget (2019-20) that payment for Government procurement would be done through an online portal to enforce transparency.

Hoping that the Haryana Government will keep upto its image of an ideal example for policy of good governance and giving environment of ease to businesses, the UP based MSME entrepreneur has requested the Haryana CM to take steps to ensure HVPNL abides by the Arbitration award.

The letter has also been marked to the Office of Advocate General.

On 2 November 2018, the Union government issued a notification under the Micro, Small and Medium Enterprises (MSMEs) Development Act, 2006 to ensure timely and smooth flow of credit to MSMEs and minimise sickness among them.

The Act strengthens the provisions relating to delayed payments to the MSMEs by specifying the maximum credit period and higher penal interest if delayed beyond that period. If there is a delay in payment, companies will have to mention the reason for such delay in the statement of accounts.

The government also has an online delayed payment monitoring system called the MSME Samadhaan for the ease of filing an application under the MSEFC.

But, the cases like this put a question over whether such mechanisms will actually foster the growth of the MSME sector or not? Are such provisions enough to make cases stronger for industries to fight for their rights?

The payment stuck with the buyers are the working capital of the MSMEs clogged with the big players. (KNN Bureau) 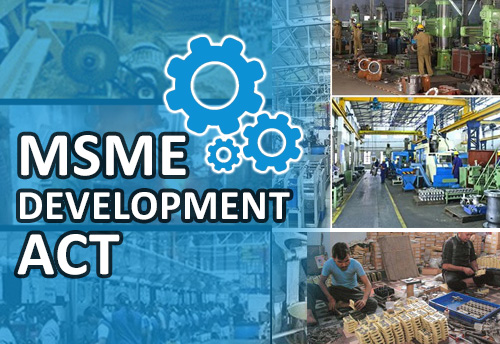