In the name of scheme, ESIC only taking money and not providing any services to beneficiaries: MIA 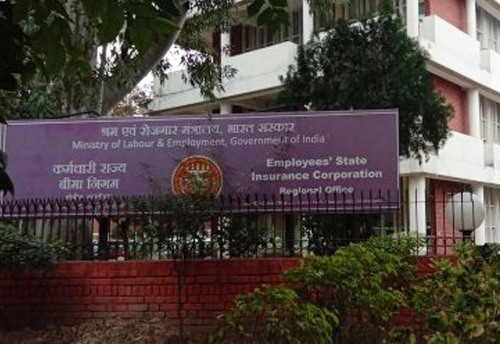 In the name of scheme, ESIC only taking money and not providing any services to beneficiaries: MIA

New Delhi, Sep 7 (KNN) Mohali Industries Association Chairman Jasbir Singh has alleged that the Employees’ State Insurance Corporation (ESIC) is taking money in the name of scheme and has not been providing services to worker which they are entitled for.

Speaking to KNN India on the matter, Singh said, “They are not giving any services to the workers and in the name of ESIC scheme they are just collecting money.”

Neither they provide good infrastructure to the scheme holders nor provide any good services to the benefiters, he added.

‘’Due to negligence behavior of ESIC, workers approach private hospitals for the treatment and for which they didn’t even get enough money within time frame,’’ he asserted.

While commenting on the funds collection by the ESIC, he said, ‘’The funds are being collected by Labour Ministry as the ESIC department come under them, but the department are not utilizing those funds  on workers.’’

He further alleged that the ESIC departments officer are involved in corruption. Two officer have been caught in Faridabad and in Ludhiana who are in involve 22 crore and 22 lakh respectively. There are corruption inside their department following which funds are failing to reach workers.

“Despite questions were being raised in Parliament over this issue and we personally met Labour Minister and also we wrote numerous letter to the concerned officials but still nothing seems to be changed,’’ he added.

While speaking about opening of new ESIC dispensaries at sector 82 Mohali, Chanalon, Sialbamajri, Gharuan and Banmajra, he said, ‘’ On paper they have received contribution from the workers for the past one year but so far there hasn’t been any dispensaries opened and because of this workers are in a difficult situation. We have been writing to them for the same but it seems that they are not bothered regarding this and so far no action has been taken.’’

On Friday, Singh wrote a letter to the Regional Director seeking explantion regarding the steps taken by the for opening of new ESIC dispensaries and Hospitals for extending medical benefits to the workers in newly implemented areas.

He further added that the medical benefits where the ESIC scheme has already been implemented from the last 20 years and ESIC contribution is being collected regularly but without providing proper medical facilities like opening of new ESIC dispensaries at sector 82 Mohali, Chanalon, Sialbamajri, Gharuan and  Banmajra.

The only ESI Hospital at Mohali is also sans basic amenities and is functioning without modern medical equipments and without ambulance etc, read the letter.

The ESIC scheme is a social security scheme for providing medical health care to the insured workers and their families and not for collecting only money in the shape of ESI contribution.

As per provisions of the ESI Act and Scheme, it is the duty of the Regional Director, ESIC of the State to first to make medical arrangements for the workers and then to start covering establishments under the ESI Act.

MIA observed that till date no action has been taken to open ESIC dispensaries in the newly implemented areas, but the process of covering establishments under the Act has already been started by your officers,’’ the letter further read.