Jammu MSMEs urge Governor to get their payments due with Govt Depts cleared; give relief measure to them due to loss of biz in last 2 months 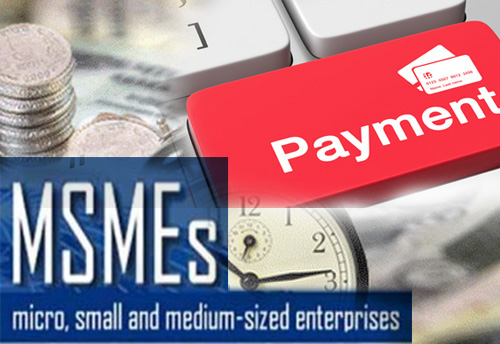 Jammu MSMEs urge Governor to get their payments due with Govt Depts cleared; give relief measure to them due to loss of biz in last 2 months

New Delhi, Sep 11 (KNN) The micro, small and medium enterprises (MSMEs) of Jammu region have appealed the Jammu & Kashmir Governor Satya Pal Malik to get the pending payments of industrial units cleared by all the government departments.

In this regard, the Bari Brahmana Industries Associations (BBIA) held a meeting under the chairmanship of its President Lalit Mahajan.

BBIA has also urged the Governor to provide relief to the MSMEs crucial for their survival.

Some of the relieve measures that they sought for are - waiver of bank interest on Term Loan & Cash Credit facilities for the months of July, August & September 2019 with the rescheduling of Bank Installments of Term Loans, Extend the credit facility of Working Capital by 25% over and above the present sanctioned limit without any surcharge on interest, all the accounts of MSME Sector should be treated as Standard account and No Account should be declared NPA and relaxation should be given in respect of NPA Norms by extending the current period of 90 days to 180 days till 31-03-2020.

Apart from these, BBIA also asked for Soft Loans should be provided to MSME Unit holders if needed, since maximum industries are facing financial crunch due to complete stoppage of financial transactions with the buyers of Kashmir Valley, Deferment of Power Bills for the month of July, August and September 2019 without any surcharge for delay payment, Release of payment for the reimbursement of GST Claims and Material supplied by the Industrial Units under the Sobhagaya Scheme to PDD.

During the course of discussions, members present in the meeting raised the issue in respect of current scenario prevailing in the state after the Abrogation of Article 370 from Jammu & Kashmir.

This they said has resulted into the disruption in the supply of industrial goods to Kashmir Valley as the unit holders have no regular contacts with the buyers from Kashmir.

They said due to this their production has dropped and stocks are piled up blocking the working capital of the units.

“They are not able to pay the GST/Power Bills/Bank Interest on Working Capital and Term Loan in near future,” Mahajan said.

“It is pertinent to mention here that the payments of the industrial units for the supply of goods in the month of July 2019 also blocked due to non-receipt of payment through Banks and through On Line Transfers due to snapping of internet services,” he added.

Regarding government payments, the reimbursement of CGST/SGST and 2% Refund Claims in lieu of CST to the Industrial Units under the State package of Incentives, the claims of Hundreds of Crores of Rupees pending with the State Tax Department due to non-release of payment by Finance Department to government. Treasuries in spite of fact that the payment should be released within 21 days from the submission of claim as per the Notification. Even the payments of Industrial Units in respect of supplies made under the Shobhagya Scheme to Power Development Department also struck up due to reasons best known to the Department, said BBIA.

The association added that there is a fear of uncertainty that prevails in the mind of the industrial units in respect of non-working of their units in near future due to blockage of funds which may be converting their Bank Accounts under NPA resulting into closure of the units and they have no option but to retrench the industrial workers.