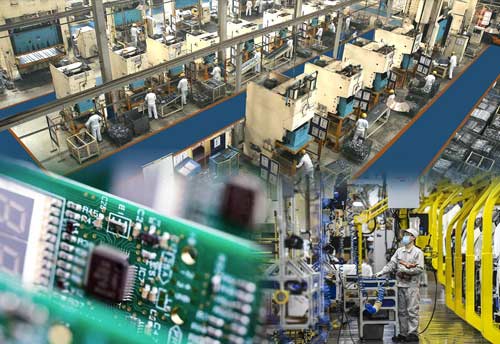 New Delhi, Oct 6 (KNN) The festive season in India is the prime time for customers making their big annual purchase, resulting into high car sales. However, this year the production rate is lesser than 50 per cent which has not only widened the gap between demand and supply but has impacted the vendors and workers.

According to Auto Component Manufacturers Association (ACMA) 80% of component manufacturers are MSMEs.

Speaking exclusively with KNN, S.K. Jain, CEO & Managing Director of Gurugram based Solo Components Pvt. Ltd said “The Auto industry is down by 40 per cent, and we are hoping the chip shortages to be for a short period, as government is envisioning to establish chip manufacturing in India.”

There has been a spike in the prices of raw materials, chemicals which has been fuelled by chip shortages in sabotaging production.

“This will have a major impact on the import-export, as in view of the current situation it is estimated that new manufacturing plants will start production in 2024,” Jain added.

Rakesh Chhabra, Managing Partner, Sonipat based Choudhary Enterprises says that the disruption in Auto sector, which contributes 15-16 per cent in GST, will wedge tax collection also.

He further added, “We expected the industry to grow at a faster as we recover from the pandemic blow, but with the ongoing frequency in production the growth rate will be at a normal rate of 7-8 per cent.”