MSMEs get a jolt as economic slowdown hits the food sector: Expert 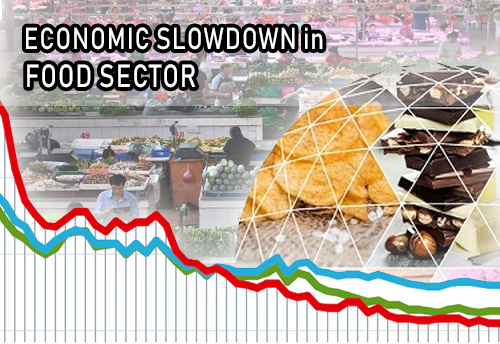 MSMEs get a jolt as economic slowdown hits the food sector: Expert

New Delhi, Aug 22 (KNN) The slowdown in the economy has taken the micro, small and medium enterprises (MSMEs) also into its fold including the food sector.

Companies like Parle had to cut down their employees by 8 to 10 thousand due to a decrease in consumption. Even, Britannia and Hindustan Unilever also reported a hit in their volumes.

According to reports, nearly 80 per cent of the processed food in FMCG comes from the MSME sector which is to experience a jolt in business.

Talking to KNN India, Sagar Kurade, Immediate past President of All India Food Processors Association said, “MSMEs are about to get a high jolt in their businesses due to a slowdown in the economy which has now come to the food sector. MSMEs are the largest contributor in the food processing sector. Due to the decrease in consumption of food commodities, MSMEs will be unable to pass on their finished goods which will directly affect to the small scale industries”.

In addition to this, there are several other factors contributing to the slowdown. Tightening of liquidity is one of the reasons for this. The Reserve Bank of India (RBI) is trying to cut the repo rate and following it the banks should also decrease their interest accordingly. Due to the negligence of banks, borrowers are not getting capital with fewer interest rates which are coagulating the crunch in running the businesses, feel the expert.

“There is a decrease in revenue by 5 to 6 percent year over year (Y-o-Y) in commodities like sugar, wheat, and rice. In flip to this, in premium commodities like honey and other food products have also seen a decrease of 8 to 10 percent Y-o-Y”, Kurade stretched on the slowdown.

“To recover from the slowdown this slowdown might take six to eight months if the MSMEs sector gets a boost. Moreover, the time period might stretch up to six months to two years if the scenario continues”, Kurade opined. (KNN/ VS)