MSMEs should be given different incentives rather than a subsidy: MSME entrepreneur 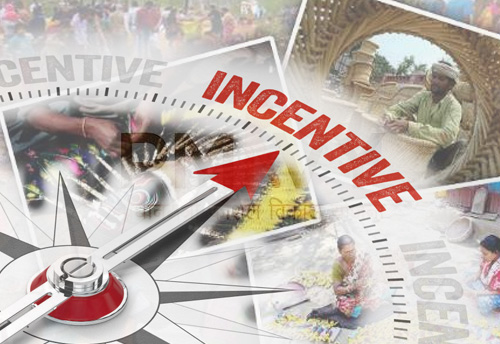 MSMEs should be given different incentives rather than a subsidy: MSME entrepreneur

New Delhi, July 8 (KNN) The Micro, Small and Medium Enterprises (MSME) sector of India has been undergoing a lot of difficulties in the past few years. There was lot of hope rested on the Budget for the year 2019-2020 which was presented by Nirmala Sitharaman, Union Minister of India on July 5, 2019.

Vice President of Manesar Industrial Welfare Association (MIWA), Manmohan Gaind stated that “The MSME does not need any subsidy. Instead they must be encouraged to climb up the ladder.”

He insisted that the Budget is a reflection of PM Modi’s industrial ideologies as shown evidently in the allocation of money in the Budget itself.

The MSME should instead be given different incentive rather than a “subsidy” according to Manmohan Gaind.

He added “MSME loans, especially, for the manufacturing sector, should be at par with the agriculture sector in terms of interest because that way MSME can grow and increase the GDP of the nation and also generate employment.”

He mentioned that MSMEs are also suffering in payments. They are serving the government, bigger industries or serving the supply chain. Now in every sphere, they are not able to recover their money in time and because of that they are unable to maintain good levels of production and good levelof growth.”

Gaind believes there is a need for the government to tighten its authority in higher industrial sectors and loosen the grip on the small sectors in order to let them grow freely.

“In case they start getting their money on time, which the government has now taken a step for, in which any company which is taking material from MSME, would have to pay the enterprise in 45 days otherwise they have to report that in their returns, The government needs to add a sharper tooth to it so that it becomes an even more compelling reason for people to hold the MSME money. Also, we need least control over micro and small sectors and instead they should be given space to work and not bundled into bureaucracy”, he affirmed.

Although considerable freedom should be allowed, the environmental concerns should not be neglected at any cost because of the gravity of the matter. Other than environmental issues all other issues should be given a go-ahead because it should the upmost priority of the government and of the citizens. If they are causing pollution, nobody will tolerate that, Gaind added.

However, there are others who believe that the current government is on the right track to lead the MSME sector.

“(Textile) Exports have taken a hit because of the GST Act. With sustainable efforts from the government, the industry will pick itself within 1-2 years. In the short run, yes, we are floundering, but I believe the current government will aid us in the long run,” asserted Laxmiprasad Todi, Co Secretary, Federation of Surat Textile Traders Association.”(KNN/K)