Promise to MSMEs of Govt tenders below Rs. 200 Cr belied by MNCs 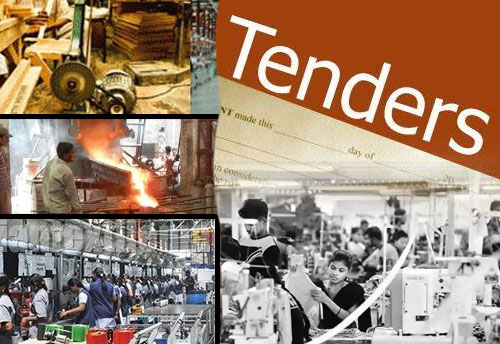 Promise to MSMEs of Govt tenders below Rs. 200 Cr belied by MNCs

New Delhi, June 12 (KNN) The Micro Small and Medium Enterprises (MSMEs) who had cheered the announcement made by Finance Minister Nirmala Sitharaman as part of the ‘Atmanirbhar Bharat’ package for MSMEs barring global firms from partaking in tenders below Rs. 200 crore, are in for a crude shock.

The MNCs in India are crowding out MSMEs from tenders which were supposed to be accessible to them.

After the announcement the office of Finance Minister had tweeted "Govt has notified the amendments to the General Financial Rules 2017 to ensure that henceforth global tenders will be disallowed in government procurement up to Rs 200 crore”.

The reality on ground is turning out to be totally different.  Tender after tender, the qualification criteria are being set in a way that only MNCs in India qualify and exclude Indian MSMEs.

A recent tender floated by Delhi Transco valuing 18 core suddenly raised the bar of past experience to exclude Indian MSME while only letting the MNCs to qualify.

What is interesting is that  these MNCs when they set up their Indian plants – qualifying requirement at the time generally asked for 2 bays in 1 substation experience for 2 yrs and collaborator’s experience was accepted and these MNCs qualified based on credentials of their parent company only.

In yet another tender floated by Rajasthan Rajya Vidyut Prasaran for 132kV GIS (RVPN/ EHV/ ASP/TN-54 ) valuing 31 crore asked for excessively high supply experience – 50 Nos./year in last 3 yrs out of which 30 Nos. supplied in India only.  Earlier Technical Collaborator’s experience was considered – now this clause deleted.

The Power Transmission Company of Uttrakhand followed the same steps for tenders of 132kV GIS and 220kV GIS valuing 35 and 42 Cr respectively. To exclude the only Indian MSME supplier other than MNCs,  a new clause was added asking for 20 numbers supply experience from Indian manufacturing facility only. As suspected,  the Technical Collaborator’s experience, considered  earlier, was quietly buried.

Federation of Indian Micro and Small & Medium Enterprises (FISME) which is collating experiences of MSMEs in accessing the ‘Atmanirbhar Bharat’ package announced by Government spot a pattern in this.

“MNCs in India particularly in power sector are following a dubious practice of influencing the qualifying criteria fixed in manner that allows only 2-3 MNCs to pass through. When they entered in India they lobbied for collaborator’s experience to be considered but once they supplied in India, they don’t want Indian companies having collaborations to compete with them disallowing collaborator’s experience”, says Anil Bhardwaj, Secretary General of FISME.

“It’s a typical ‘kicking way the ladder’ practice by MNCs as highlighted by Oxford economist Ha-joon Chang who studied how such entities erase the steps that they followed to success denying domestic firms the level playing field later”, says Bhardwaj.

Public Procurement constitutes a big promise for MSMEs as 25% of Central Government purchases are earmarked for MSEs.

To give additional access to MSMEs to government purchases, the Union government has recently announced as part of MSME package that it will not buy goods less than Rs 200 crore from foreign suppliers. The General Financial Rules (GFR) have also been accordingly. The MNCs based in India could thwart these attempts however, MSMEs fear.