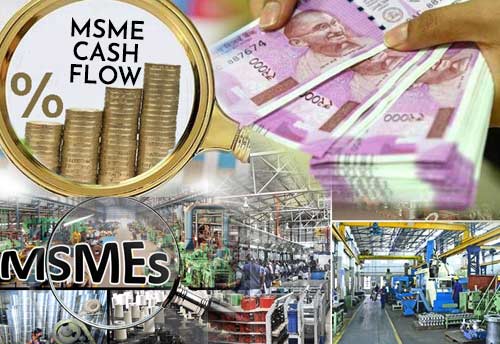 New Delhi, Jul 30 (KNN) Parliament has passed the Factoring Regulation (Amendment) Bill, 2021, to provide relief to the MSME sector and help them in ensuring a smoother capital cycle and healthier cash flow.

The bill which would enable as many as 9,000 non-banking financial companies (NBFCs) to participate in the factoring market, instead of just 7 now, boosting cash flow to small businesses was passed by the Rajya Sabha on Thursday.

Speaking on the bill, the Finance Minister Nirmala Sitharaman said, "It is a very important Bill which will benefit the MSMEs of this country because a difficulty is constantly expressed by the MSME that their receivables are getting delayed.''

"As a result, there is a provision of selling their receivables to a third party. If the third party is going to make an immediate availability of funds, they shall be able to move their business smoothly. There are several such advantages in factoring from payment of the seller," Sitharaman added.

The Factoring Regulation (Amendment) Bill, which was tabled in Parliament last year, was passed on Monday in the Lok Sabha. The bill also removes the requirement of an entity in this business called factor to report every transaction within 30 days. The bill proposes that such finer details will be specified in regulations.

'This increased competition in the factoring business has increased the potential usage and adoption by MSMEs of the country and helped them have access to formal sources of credit on TReDS. In recent years, digital lending has been able to service the problem areas of the MSME ecosystem fairly efficiently,'' said Ketan Gaikwad, MD & CEO, Receivables Exchange of India (RXIL).

He further said that the TReDS platform specifically provides recourse free, trusted receivables payments to MSMEs within 48 hours which has helped smoothen their working capital cycle.

''An increase in invoice discounting volume on the platform mirrors a higher speed of financing and revival for MSMEs,'' he added.

According to him, the bill also empowers RBI to make regulations regarding the manner of filing of transaction details with the Central Registry for transactions done through the TReDS that is a huge plus point.