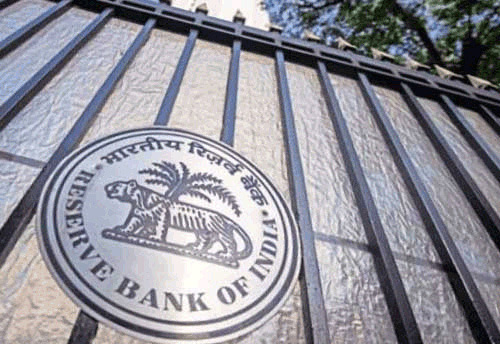 The MSME sector plays an important role in the growth of the Indian economy, contributing over 28 per cent of the GDP, more than 40 per cent of exports, while creating employment for about 11 crore people, said the RBI.

''Considering the importance of MSMEs in the Indian economy and for creating an enabling environment for the sector in its efforts towards formalisation, a one-time restructuring of loans to MSMEs that were in default but ‘standard’ as on January 1, 2019, was permitted without an asset classification downgrade. The restructuring of the borrower account was to be implemented by March 31, 2020,'' RBI said in a statement.

The apex bank further said that scheme has provided relief to a large number of MSMEs adding that ''as the process of formalisation of the MSME sector has a positive impact on financial stability and this process is still underway, it has been decided to extend the benefit of one-time restructuring without an asset classification downgrade to standard accounts of GST registered MSMEs that were in default as on January 1, 2020. The restructuring under the scheme has to be implemented latest by December 31, 2020.''

''This will benefit the eligible MSME entities which could not be restructured under the provisions of the circular dated January 1, 2019 as also the MSME entities which have become stressed thereafter. It is re-emphasised that this is a one-time regulatory dispensation. Detailed guidelines, in this regard, will be issued shortly,'' RBI added.

On February 1, Sitharaman in her budget speech had said more than five lakh MSMEs have benefitted from restructuring of debt permitted by RBI in the last year.

“The restructuring window was to end on March 31, 2020. Government has asked RBI to consider extending this window till March 31, 2021,” the FM had said.