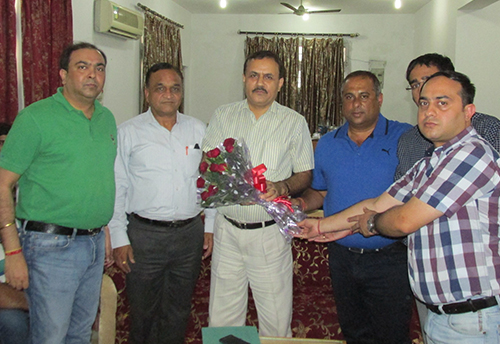 Jammu, July 21 (KNN) The Income Tax officials are holding interactive sessions with the small entrepreneurs to discuss about the Income Tax Declaration Scheme of the department.

B.K. Raina, Income Tax Officer, Samba along with his team visited BBIA Bhawan in Jammu to interact with the MSME entrepreneurs.

“As this is one time opportunity to all the persons who have not declared income correctly in earlier years to come forward and declare such undisclosed income and the valuation of the assets shall be calculated as on 1-6-2016 on fair market value as assessed by the approved valuers of the Department,” the IT Official said.

He further stated the silent features of this scheme under which tax, surcharge and penalty is payable at 45% of the income declared.

The person would also get the immunity from the scrutiny and other proceedings, he said.

The declaration period is between June 1, 2016 up to September 30, 2016 and the same may be done before the Principal Commissioner, Income Tax, J&K Jammu as well as it may be done online.

The income tax charged on the declared amount shall be deposited in 3 installments by 30-09-2017.

He assured that the whole process would be fully confidential and would not to be shared with any department. (KNN Bureau)