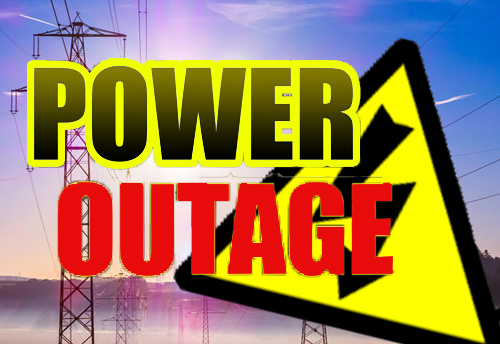 Jammu, May 16 (KNN) The Jammu MSMEs have expressed disappointment over deteriorating power supply in SIDCO Industrial Complex in Bari Brahmana.

An urgent meeting of Bari Brahmana Industries Association (BBIA) was held on Saturday to discuss the deteriorating power supply in the industrial area for the last 15 days.

“Association members strongly flayed the working of Power Development Department (PDD) where nobody is accountable for repeated power failures in the Industrial Area for the power supply being fed through 50X2 MW Grid Station & BB-I Receiving Station. The Receiving Stations are in shamble due to non-availability of Spares, Damaged Panels and it will take hours to restore the Power Supply in case of any break down in the System,” BBIA said in a statement.

The members raised serious concern about the frequent tripping of Power Supply from the 50X2MVA  Grid Station and BBI receiving Station in Bari Brahmana Industrial Complex due to which the unit holders are facing problem and their production activity disturbed resulting huge financial loss in spite of the fact that 24 Hour Uninterrupted Power Supply commitment of the Government.

The entrepreneurs said that the matter was brought in to the notice of Chief Engineer System Operation many times. The Chief Engineer said that the tripping is due to increase in the load whereas contrary to that the fresh Power Connections were held up due to constrains in the Line and it is a matter of great concern that how the load increased in last 15 days for which the department is unable to give any positive reply, the association pointed.

During the last meeting of the industrialists with the Chief Engineer Systems and Operation in Jammu it was disclosed that at present the total functional Load on 50x2MVA Grid Station is 60MVA against the 100 MVA capacity.

“We do not understand the reason given by the Department in respect of overloading of the Lines,” BBIA said.

“Further with the interventions of Deputy Chief Minister Nirmal Kumar Singh, who is also our Power Minister, Rs.70 lakhs was given to the PDD for a new 33 KV Line which was already installed in the Complex long back but is lying unused due to the reason that the BAY is not available at the Grid Station due to not availability of Parts as the same were shifted to some other places resulting huge resentment amongst the Industrial Units situated in the Industrial Complex who connections are pending since long and they are un able to start the production and paying huge Interest to the Financial Institutes from whom they the borrow of money for the setting up of their units,” BBIA said.

The MSMEs have sought intervention from the state government to issue necessary orders to resolve the issue on war footing basis for providing uninterrupted power supply to industrial sector of Bari Brahmana. (KNN Bureau)