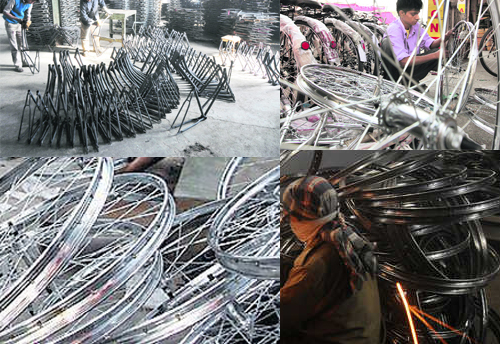 Ludhiana, July 18 (KNN) The United Cycle and Parts Manufacturers Association (UCPMA) has urged the Punjab Government to allot 200 acres out of total 300 acres of land for the MSMEs in the cycle valley-cum-focal point project at Dhanansu village.

They have demanded the land especially for cycle and parts manufacturers and for those industries which are located in Mixed Land Use (MLU) areas.

The association has decided to send a memorandum to deputy chief minister Sukhbir Badal in this regard.

Talking to KNN, Rajeev Jain, General Secretary of UCPMA said, “Government of Punjab is going to make a new focal point and they have earmarked 300 acres land for that. So we demand 200 acres of land for the MSME Industry, mainly for the MSMEs which are designated as the polluting units like Nickle plating, powder coating, painting, etc.”

Jain said, “These types of SMEs are scattered all over Ludhiana. We have asked them to give preference to MSME units so that there is a cluster of these units in the new focal point. This will also make the collection of disposable wastes easy.”

“The government says that the master plan, which is going to be changed in 2018, the MSMEs have to shift from the main city. And if they have to shift, government should provide them with another land, that too on a subsidised rate, for setting up their units”, he added.

According to the General Secretary, minimum of 200-250 small units can be set up in an area of 200 acres focusing on the polluting units.

“The focus is on small industries instead of large industries, because they are the ones who need a push from the government”, he continued.

It is pertinent to mention here that the government has recently cleared the cycle valley project by paying compensation to the panchayat of Dhanansu village and it is being anticipated that an investment of more than Rs 1,500 crore will be made in this project by various stakeholders. (KNN/FA)