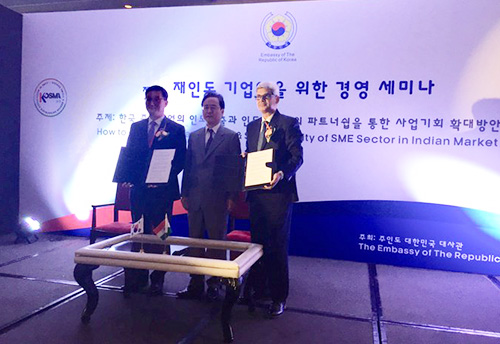 “There are already over 400 South Korean SMEs operating in India and number of going to rise as they find right partners in India," says Y.K. Lee Chairman of Korean Small and Medium Enterprises Association in India (KOSMA)- an association of Korean SMEs who have set up companies in India.

Addressing Korean and Indian SMEs, Dr. Animesh Saxena, President of FISME said, “India is trying hard to shred its burden of Colonial laws and regulations. On World Bank ease of doing business index India climbed from 142 position in 2014 to 72 position in 2018. And, this does not capture two of India’s most transformative reforms: GST and introduction of new Insolvency and Bankruptcy Code.”

“However, we have to benchmark ourselves with the best and continuously improve the business environment. FISME’ vision is to see India among top 10 entrepreneur friendly nations, he added.

His Excellency Shin Bong-kil, Ambassador of Republic of Korea presided over the MoU signing ceremony.

According to South Korean Ambassador “India is among the favourite nations for many South Korean companies exiting China”.

FISME and KOSMA have lined up detailed agenda for fostering closer cooperation between Indian Korean SMEs. The first in series of partner identification programmes is to begin from September. (KNN Bureau) 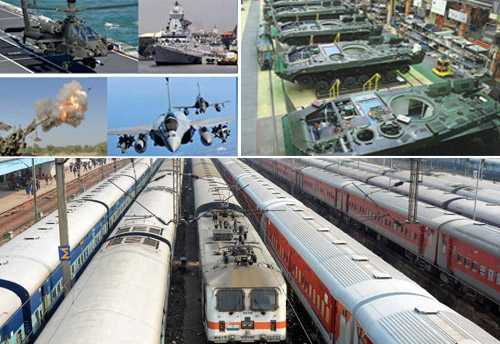 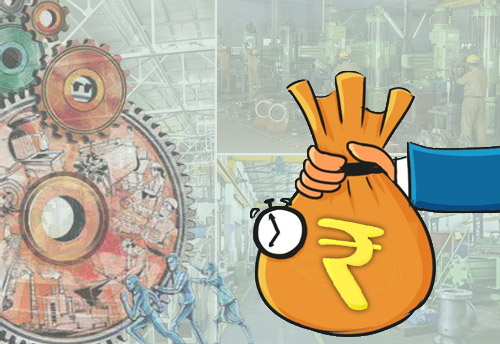 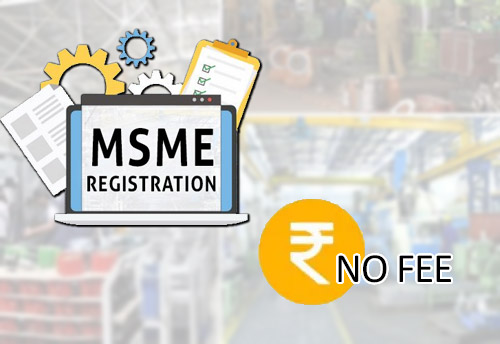