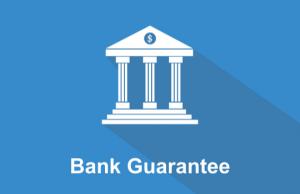 New Delhi, Mar 4 (KNN) While issuing a fresh Bank Guarantee (BG) or extending any existing one, Banks have increased ‘claim period’ of minimum one year from the date of expiry of validity period of the BG and charge accordingly. Generally BGs are issued with no claim period or maximum 3 months claim period. Now even if one requires a BG for six months, Banks would charge for 18 months. The trigger is supposed to have come from amendment in the provisions of Section 28 of the Indian Contract Act 1872 and Banking Laws (Amendment) Act 2012. According to Banking expert S.P. Gupta, “Giving guarantee is a contractual matter between two or more persons forming part of a deal. The Government cannot and should not intervene between such transactions or its obligations except through judiciary and that to when called-for for compliance of contractual obligations”. “By making this statutory amendment, the Government has unnecessarily jumped in commercial transactions. If parties to a transaction commercially settle for guarantee for a period of 6 months why should they be forced to have it for 18 months?”, he added. According to Banks, they have consulted their law departments as well as Indian Bank Association that while issuing fresh BG or extending any existing BG, claim period of minimum 1 year from the date of expiry of validity period of BG had to be specified invariably. Federation of Indian Micro and Small & Medium Enterprises (FISME) has termed it ‘grossly unfair’ and ‘economically disastrous’ for MSMEs. “MSMEs already suffer from high cost of BGs as Banks demand upfront margin money, then charges for period the BG is in use and more than 100% collateral against BGs”, says FISME communique. It will have very adverse impact both on exports and large number of MSMEs supplying through tenders both to the Government as well as private agencies. The experts feel that the impact of this amendment will be huge. Firstly, the liability is increased for the customers, which is not even required as per contract, due to increase in claim period by 12 months. Secondly, they have to bear the burden of additional bank charges for that unwarranted extended period. Thirdly, their BG limit will get consumed totally unnecessarily due to this additional requirement. “The Banks are misinterpreting the amendment. The above amendment is supposed to be only applicable to financial guarantees. Under the pretext of abundant precaution some banks to quote SBI for example is extending it to performance guarantees as well, says S.P. Gupta. While at present not all banks are insisting on extending the claim period by 12 months, SBI has been among the first which started demanding additional claim period. (KNN Bureau)