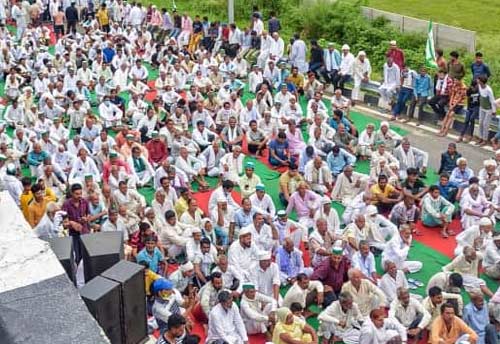 New Delhi, 30 Nov (KNN) The pardoning of framers burning stubble by the Central Government has drawn criticism from the Confederation of All India Traders (CAIT), calling it discriminatory towards the traders.

Point outing that the farmers are being given relief on a subject due to which lives in the adjoining areas of Delhi are being impacted while the use of waste emanating from hospitals, restaurants, small factories, cottage industries and small craftsmen and artisans and usage of plastic bags are penalized, said CAIT.

They have stated that some trade verticals may produce very negligible quantities of emission through the waste in comparison to that of stubble burning.

CAIT has urged the Central and State Governments to reconsider the decision of pardoning the farmers, said the release.

BC Bhartia and Praveen Khandelwal, senior leaders of CAIT condemned this steps taken by the Central and the State Governments in this regard and said that this is injustice towards the traders and other sections of the society and a clear violation of right to equality provision in our constitution which provides equal opportunities to every citizen of our country  in earning livelihood.

They further said that the temporary measures and arrangements would never reduce the pollution.

“Traders have never shied away from their participation in the interest of the country and if they have found out that the level of pollution has increased due to their business activities, then the traders themselves have checked their faults, but the government is openly discriminating us questioning our existence. There has to be similar treatment with every citizen of India and no liberty can be given to administration for awarding special treatment to any one sector,” added Bhartia & Khandelwal.