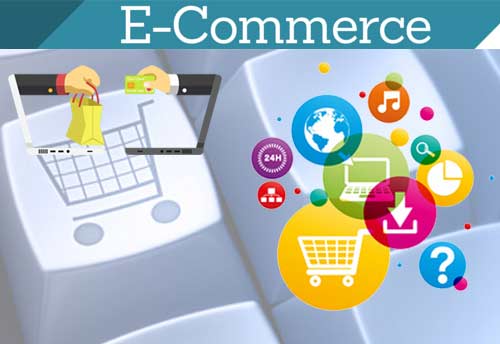 New Delhi, Jul 5 (KNN) Taking note of the fact the proposed amendments to the Consumer Protection (E-Commerce) Rules, 2020 are transgressing into addressing the concerns of the seller-side, many consumer organisations felt that the rules should stick to only consumer-facing issues.

In this regard, a roundtable of consumer organisations was organised by CUTS International Friday evening to deliberate upon the proposed amendments, upon which the Department of Consumer Affairs has sought comments till 6th July.

Around 30 representatives of various consumer organisations were present among 60 odd participants. It came out unanimously that e-commerce ecosystem has benefitted consumers and that the same needs to be promoted, without hindrances.

Rejecting the idea of dealing with non-consumer protection issues in the proposed amendment, Saroja S., Director of Chennai-based Citizen consumer and civic Action Group (CAG), instead wanted emphasis on “factors like sustainable consumption, packaging and carbon footprints, whilst building awareness about such green initiatives through consumer labelling.”

She was specially referring to the tendency of over-packaging by e-commerce entities.

Anusha Iyer, Advocacy Officer of Ahmedabad-based, Consumer Education & Research Centre (CERC) was worried that various proposed amendments to the E-Commerce Rules are vague and ambiguous that would increase confusion and implementation hiccups. She also felt that overlap with other legislations should be avoided.

Going back to the basics of legal drafting, Surendra Kanstiya, former Chairman of Mumbai-based Consumer Guidance Society of India, highlighted that, “the proposed amendments are poorly drafted hence affecting user-readability and implementation.”

He also stated that the Rules if implemented in its current form will “adversely impact ease of doing business in India.

Speaking as an expert on the e-commerce legalities, Gowree Gokhale, Partner, Nishith Desai Associates, explained how bringing elements to ‘encourage free and fair competition in the market’ into the proposed amendments goes beyond the mandate of its empowering provision in the parent Act (i.e. Section 94 of Consumer Protection Act, 2019).

She also emphasised avoiding overlap of with competition law and the proposed data privacy law, and to strictly stick to consumer protection giving reference of recommendations in an OECD paper of 2016.

Another expert called in to enlighten the consumer organisations, Vivan Sharan, Partner, Koan Advisory Group, while echoing sentiments of Gokhale, went a step further in identifying these proposed amendments as a “disguised industrial policy”.

He further stated that, “if we need to create a space where local retailers can flourish, then the policy decision should leverage what the large enterprises have to offer, rather than chewing them away.”

Ujjwal Kumar, Policy Analyst at CUTS International, was not satisfied with the rationale provided by the government for the proposed amendment within a year of the notification of the Consumer Protection (E-Commerce) Rules, 2020.

According to him, mere ‘receiving representations from aggrieved consumers, traders and associations complaining against widespread cheating and unfair trade practices being observed in the e-commerce ecosystem’ are not enough to establish the need for the proposed amendments.

''It must be established that the present rules failed to deal with the alleged ‘cheating’ and ‘unfair trade practices,'' he added.

The discussion was concluded by George Cheriyan, Director, CUTS International highlighting that the regulatory overlaps must be mitigated, and the focus should remain on ‘consumers’ in consumer protection legislations.