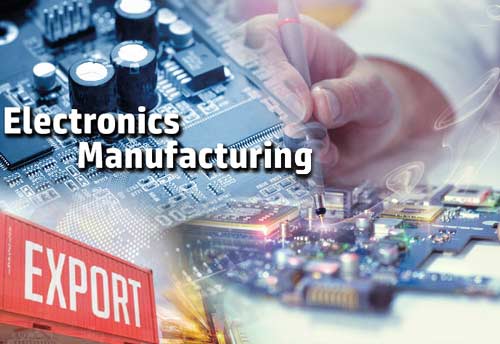 Releasing the report, IT and Railway Minister, Aswhini Vaishnaw said, “In the previous one and a half months the ministry has tried to counter some of the most difficult challenges to achieve our aim of USD 300 billion"

The Industry and Meity have partnered for this report.

An estimated production of USD 126 billion is set for mobile phones and USD 25 billion each for electronics hardware & IT along with industrial electronics.

The IT Minister informed that the government will set up factories with a footprint of over over 40,000 employees with production capacity of 1 lakh on a global scale.

It seems that changes are required in labour laws for which IT Minister Vaishnaw has already spoken to the labour minister and received commitment that whatever changes will need to be made will be made for sompnies to set up large factories in the country.

Three locations have been identified which will be transformed into industrial zones with infrastructure to support manufacturing.