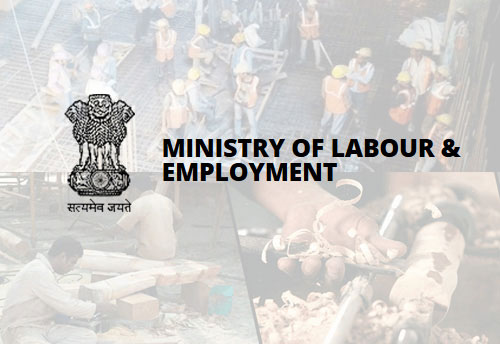 New Delhi, May 6 (KNN) The Ministry of Labour & Employment has notified Section 142 of the Social Security Code, 2020 covering applicability of Aadhaar.

''The notification of section will enable the Ministry of Labour and Employment to collect Aadhaar details for the database of beneficiaries under various social security schemes,'' said an official statement from the Ministry on Wednesday.

''An inter-state migrant worker can register himself on the portal on the basis of submission of Aadhaar alone,'' it added.

Union Minister of State (I/c) for Labour and Employment Santosh Gangwar has clarified that the section under the Social Security Code has been notified only for collection of data of workers including migrant workers.

No benefit will be denied to workers for want of Aadhaar, he said.

The Payment of Gratuity Act, 1972; The Cine-Workers Welfare Fund Act, 1981; The Building and Other Construction Workers' Welfare Cess Act, 1996 and The Unorganised Workers Social Security Act, 2008 are the other laws that will be subsumed